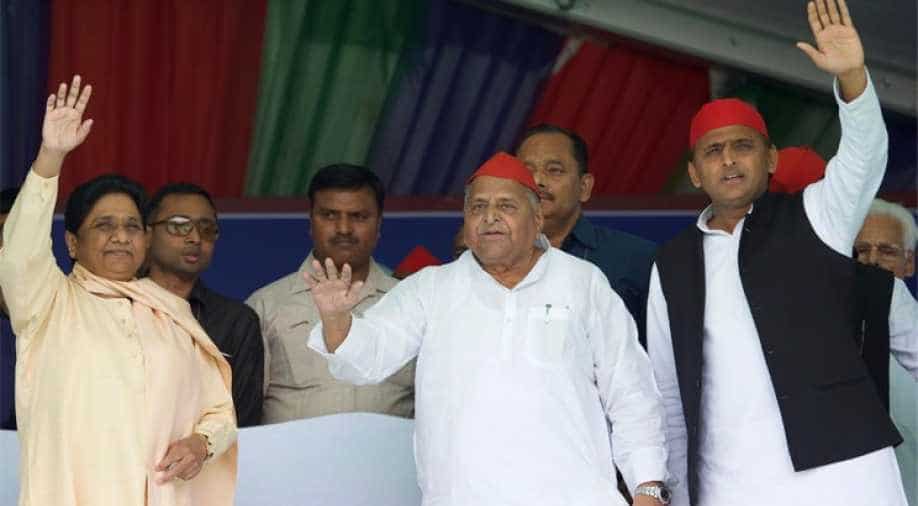 Once bitter enemies, Mulayam Singh Yadav and Mayawati shared the stage today after 24 years at the historic Mainpuri rally.

Samajwadi Party patriarch Mulayam Singh will be contesting his last election this year. The 79-year-old leader announced his intention at a rally with his arch-rival Mayawati, who has allied with the SP as part of the Mahagathbandhan in the general elections.

Once bitter enemies, Mulayam Singh Yadav and Mayawati shared the stage today after 24 years at the historic Mainpuri rally. Both leaders who were at loggerheads for decades, held a joint rally today in India's biggest state Uttar Pradesh which sends 80 MPs to the Lok Sabha.

During the rally, Mulayam Singh announced his plan to retire saying he is contesting his last election. Mulayam Singh has been a leader who influenced millions in India's most populated state which has sent several top politicians to parliament including many prime ministers.

It took more than 25 years for both the SP and BSP to join hands once again to stop the BJP juggernaut. In 1995, the then party chiefs - Mulayam and Kanshi Ram -  had contested the state assembly elections together and formed the government in the state.

However, Mulayam Singh Yadav and Mayawati were unable to see eye-to-eye ever since their alliance came to a sordid end. The SP-BSP alliance of 1993 broke up due to differences between the two leaders.

However, speaking at a historic rally with Mayawati at his side, Samajwadi Party founder Mulayam Singh Yadav said at Mainpuri that he is happy to share the stage with Mayawati. He said he is grateful for all the support offered by the BSP chief. He appealed to the people of Mainpuri to elect him with a historic mandate.

The bitterness between the two iconic leaders of Indian politics, however, was not so easy to set aside. Mulayam Singh Yadav, who is contesting the parliamentary elections from the party bastion of Mainpuri, had stayed away due to health issues from three joint rallies held earlier in Deoband, Badaun and Agra.

Mayawati bashed the BJP manifesto but also called Congress’s ‘Nyay’ scheme promised in their manifesto an illusion. Appealing to her backward caste voters, Mayawati said: “Mulayam Singh is the real backward leader, not a fake like Narendra Modi.”

Mulayam is known for his outreach among the backward voters of Uttar Pradesh. Even during the Modi wave in 2014, the BJP candidate had failed to have an impact in this parliamentary seat. For several elections, BJP didn’t even field their candidates from Mainpuri.

However, Mulayam Singh surprised everyone prior to the general elections this year when he controversially said in Parliament that Prime Minister Narendra Modi should emerge victorious in the 2019 general elections. While his comments were greeted with loud cheers by members of the governing BJP, it left those in his own party scrambling for explanation.