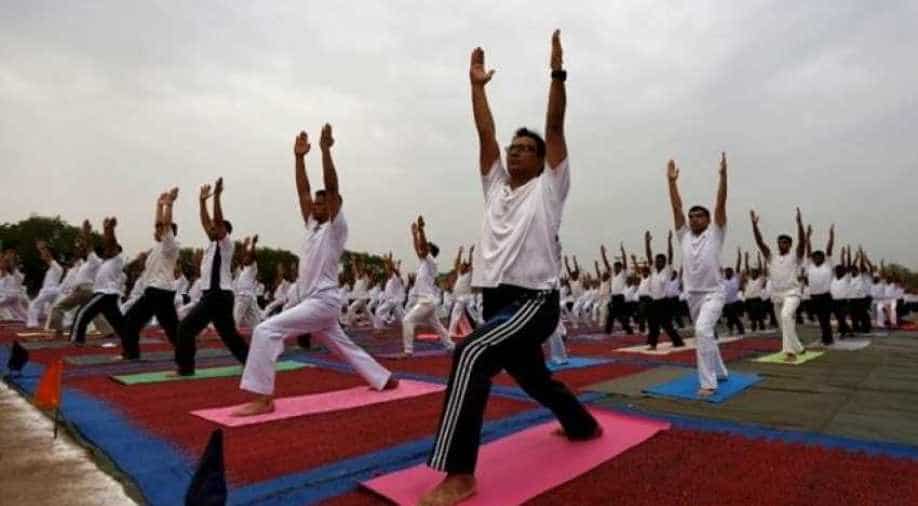 A study found that the general population of India isn't exercising enough.

Smartphones have made major leaps in studying and understanding human behaviour to make our lives easier. Contemporary smartphone technology not only curates a seamless software experience whereby one could play heavy games, but your smartphone also measures your health. But recently, the efficacy of those apps have been brought into question.

However, the ability to track one's health is simply not enough. To add to the woes of India, a study found that the general population isn't exercising enough. For instance, an average Indian walks around 6500 steps every day which rounds about to less than five kilometres.

The same study also claims that India is the world's second most sleep-deprived country after Japan. Additionally, India is also the most stressed country.

A sedentary lifestyle can be attributed to multiple causes. Majority of the women in India are financially and socially constrained, i.e., unable to invest in taking care of their physical and mental state. In the juggle between domestic and professional responsibilities, sleep is compromised.

Another key factor which is valid across the spectrum of gender is shift work. A nine-hour job that requires one to work with technology may contribute to the deterioration of physical health.

Naturally, with gadgets dictating our every mode of organisation, addiction to them is inevitable. This superglued relationship between people and their gargets keeps Indians from getting adequate sleep.

Another contributing factor is stress. Stress can originate from a variety of sources relating to work as well as home. The study claims that 89 per cent of Indians suffer from stress.

And within the category of millennials who are stressed, Indians also take the top spot. They comprise the lot that stays up for most of the night.

Owing to this dependence on technology and a cavalier attitude towards physical well-being moulds our mentality to avoid it altogether. This mental construction makes several Indians believe that it is acceptable to cheat on some hours of sleep or not to exercise.

One of the key signifiers, as well as a consequence, is the economic standing of an individual. Without being financially stable, one cannot afford to invest in physical fitness. Experts say that poor people are less physically active. Numbers matter here, for 21.9 per cent of Indians still live below the national poverty line, with a daily wage of less than half a Dollar.

To top it all of, sleep deprivation and lack of physical activity can cause long-term damage to the body. Without adequate sleep, the immune system's efficiency is compromised.

In the long-term, sleep deprivation clubbed with inactivity could lead to forms of dementia and cancer. Also, this fluctuates the bodyweight too often.

To overcome and limit the ill-effects of such a lifestyle, getting eight to nine hours of sleep is necessary. This should be accompanied by walking 10,000 steps or 30 minutes of exercise.

To dodge these scary figures, people need to develop an awareness of how they're harming their bodies. Indians need to be told why sleeping and working out are non-negotiable.

Many movements to increase awareness like Fit India have spurred recently.

Launched in August this year, the initiative is expected to steer India towards a healthier future.

External factors also play a role in one's well being, especially for women. Better and safer infrastructure will encourage more women to step out of their houses.

The tipping point is that India remains among the world's most over-worked countries.

Beat this - an average urban Indian clocks in 53-54 hours at work every week.