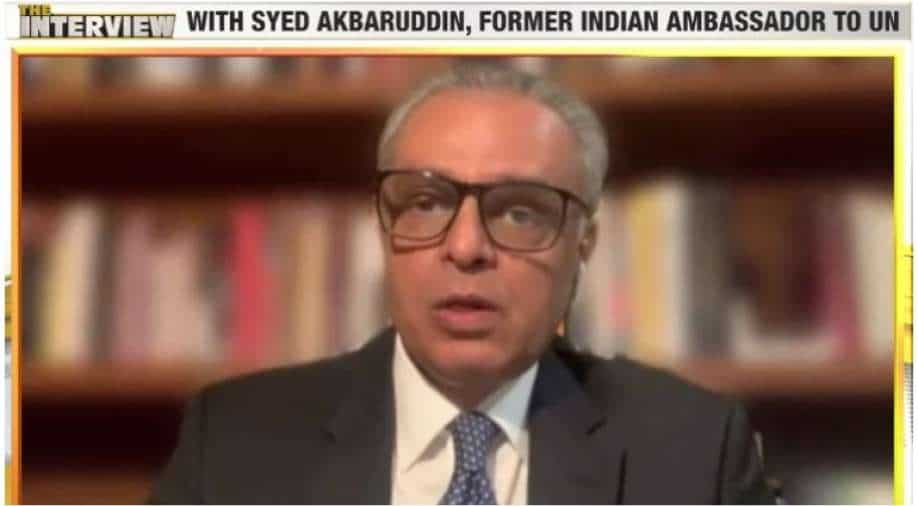 Palki Sharma: How much of a shift are we seeing in foreign policy under Joe Biden as compared to the Trump administration?

Palki Sharma: What should India expect from the US Defense Secretary's visit?

Syed Akbaruddin: Visits need to be always looked at as landmarks which are reflections of where we stand rather than as outcomes. So what can we expect? One, we expect this to be a reflection of the importance the Biden administration places on ties with India. It comes shortly after a very successful Quad summit. Also, the Defense Secretary Austin has come to India after visit to two US alliance partners in Asia. And India, a partner, which is not an alliance partner has been given importance in terms of engagement.

So number one, it is a clear signal of the importance that Biden administration places on ties with India.

Number two, our defence ties are pretty expansive. Look at defence trade. Since 2008, our defence trade has amounted to something like 21 billion dollars. This is a huge amount if you look at the previous decade before that. Number two, we are both committed to maritime security in the Indo-Pacific.

Number three, there are a host of new challenges which are coming up such as, say in cybersecurity. Increasingly, infrastructure which is of critical nature is becoming a target of state actors and non-state actors. And both, US and India have faced these challenges in the recent past.

Again, there are a lot of defence requirements that India has and it is looking for partners and perhaps that will proceed further down the line.

Finally, in our region (South Asia), situation is evolving very fast in Afghanistan. India has vital interest so does the US. And there is a possibility of greater understanding of way we are proceeding together on this front too.

So there are a host of issues. Some of them, are a little longer term in nature. Some a little short but all of them very important.

Palki Sharma: How do we balance strategic autonomy with strategic alliances?

So, I don't see how India's strategic autonomy would in any way be adversely impinged on greater ties with the US. Our interests are not contradictory in nature. Yes the US would want allies, we on the other hand would want partners. That's how we are. Partnership for us, perhaps the maximum we can go. And its not against US interest to enhance that partnership with India because they are looking for partners too.

So if there is coalescence of interest, strategic autonomy will not be undermined just because partnership is strengthened.

And, in a world which is volatile, we all need partners. India is too big a country to be in one camp or the other.

Whereas our ties with Russian Federation are historic in nature and are in a way extremely important for our own strategic autonomy.

Palki Sharma: How should India expect China to respond to this visit?

Syed Akbaruddin: How should we expect and how would we want are two different things. But we would want China to understand that for example China's trade with the US is three to four times than our trade with the US. That hasn't engendered any sense of concern in us.

However, what we've seen is that the Chinese have not been very helpful in their responses for example to the Quad summit. They have talked of it as a clique. If the Quad is clique then BRICS is a clique too. So is China's quadrilateral with some of our neighbours. So is SCO. So what is fair for the Goose is fair for the Gander. We Can't have two different ways.

So we hope China would be mature, understand our needs and see the evolving situation. And they can also try and improve their ties with us. However, it looks that, they may not be as understanding as we would want them to be. But that, we will have to tackle as it goes forward. Our own interests are supreme. Other countries will have to adjust to how they view us as we pursue our own interests.