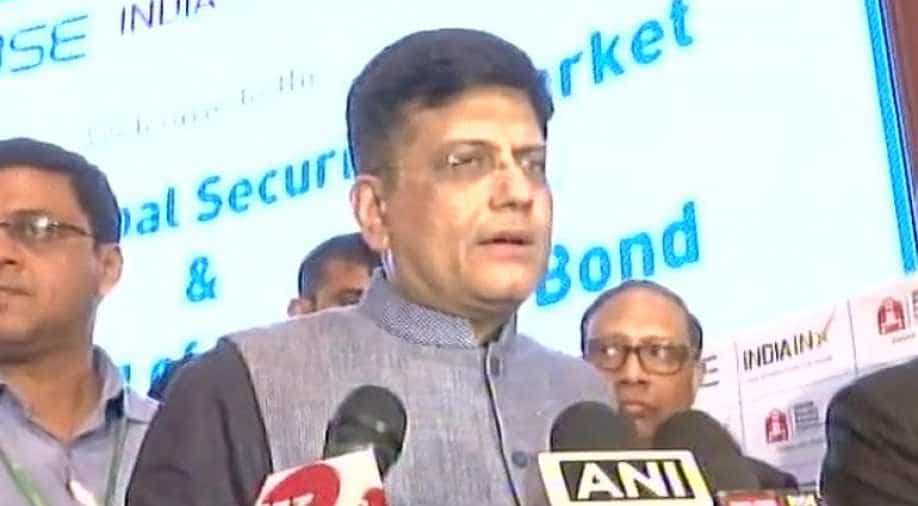 Have aggressive plans to monetize some assets of Indian Railways, planning to change some existing guidelines on monetizing land&station assets.We are also contemplating to increase lease period from 45 yrs to 99 yrs&allowing participants to have multiple leases: Railway Minister pic.twitter.com/R27rPm3Hu4

Indian Railway Finance Corporation (IRFC) in the days to come is going to expand its footprint into the newer lines of business & will be able to use its Minimum Alternate Tax better because of which valuation of IRFC can be much better: Piyush Goyal, Railway Minister in Mumbai pic.twitter.com/SZglntLBbA

Mr Goyal also shared the ministry's plans "to monetize some assets of Indian Railways" and other plans to change some of the existing guidelines on land and station assets monetization.

We are trying to set up 20 lakh CCTV cameras in the entire Indian Railway network, particularly the passenger coaches: @PiyushGoyal

"We are also contemplating to increase lease period from 45 yrs to 99 years with an aim to allow participants to have multiple leases," he shared.

IRFC has been playing an improtant role in the activities of Indian Railways. It's one of the major financing arms which helps us to bring in investments required for the railways: @PiyushGoyal