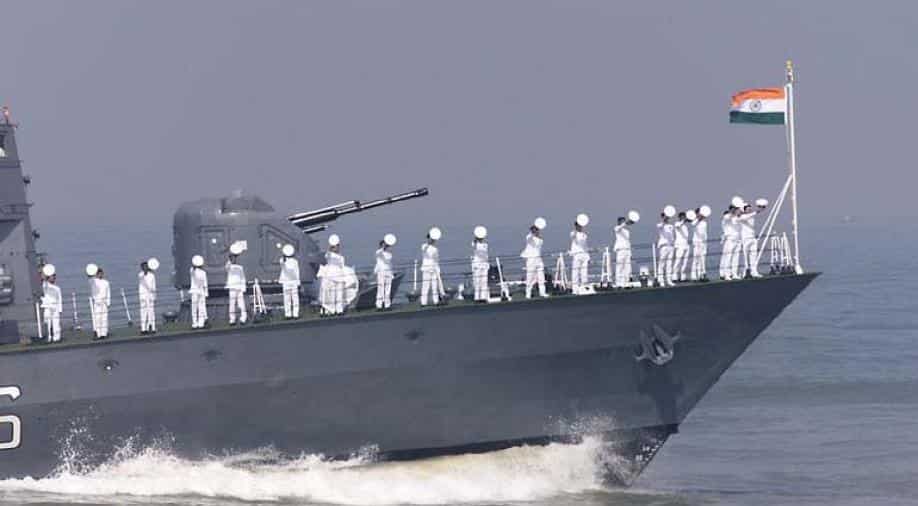 Enhancing its operational capabilities, the Navy has inducted its first deep submergence rescue vehicle which is deployed to rescue downed or disaster-struck submarines at high sea.

Enhancing its operational capabilities, the Navy has inducted its first deep submergence rescue vehicle which is deployed to rescue downed or disaster-struck submarines at high sea.

Navy Spokesperson Capt D K Sharma said that with induction of the deep submergence rescue vehicle (DSRV), India has joined a select group of countries that have the capability to locate and rescue "distressed submarines".

At present, the US, China, Russia and a few other countries have the capabilities to deploy DSRVs.

"Indian Navy joins select league of nations with capability to search, locate and provide rescue to distressed submarines by induction of first Deep Submergence Rescue Vessel(DSRV) and associated kit in fly away configuration," he said.

Though DSRVs are used for rescue of personnel in downed submarines, they are also deployed for various other missions including to lay cables on the sea bed.

Capt Sharma said the DSRV which was inducted can be mobilised from the naval base in Mumbai to nearest mounting port by air, land and sea.

The second DSRV is expected to be inducted at Visakhapatnam in 2019.

"The DSRV can be mobilised from Naval base at Mumbai to nearest mounting port by air/ land or sea for providing rapid rescue to the submarine in distress," the Navy spokesperson said.

Indian Navy sources said induction of the DSRV was part of the Navy's efforts to enhance operational capabilities when China has been ramping up its maritime presence in critical sea lanes which are of strategic importance to India.

Last year, the Indian Navy operationalised a new concept of deployment of warships in the Indian Ocean region to effectively counter China's growing presence in the strategically key waters.