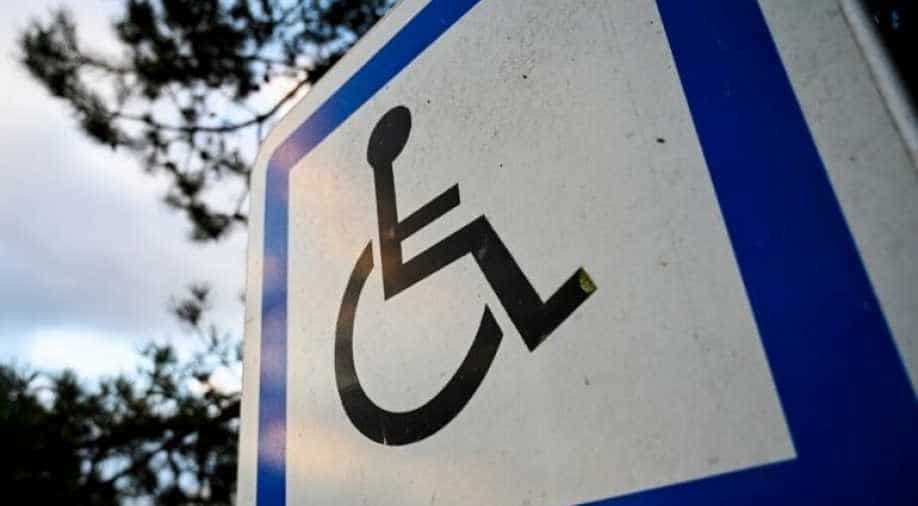 A sign indicating a parking space for vehicles of persons with reduced mobility is seen at the entrance to a car park near Lille, northern France, on September 17, 201 Photograph:( AFP )

Under Section 92 of this act, any person who “intentionally insults or intimidates with intent to humiliate a person with disability in any place within public view” may be “punishable with imprisonment for a term which shall not be less than six months but which may extend to five years and with fine”.

In June 2020, the Ministry of Social Justice and Empowerment reached out to over seven NGOs with a letter titled “Decriminalisation of Minor Offences For Improving Business Sentiment And Unclogging Court Processes – Amendment in RPwD Act, 2016”. A while later, the letter appeared on the Ministry’s website, with a cap of 10 days to receive feedback.

According to the letter, the government intends to do away with the criminalisation of “minor offences”.  The letter said, “decriminalisation of minor offences is one of the thrust areas of the government. The risk of imprisonment for actions or omissions that aren’t necessarily fraudulent or the outcome of malafide intent is a big hurdle in attracting investments. The ensuing uncertainty in legal processes and the time taken for resolution in the courts hurts ease of doing business. Criminal penalties including imprisonment for minor offences act as deterrents, and this is perceived as one of the major reasons impacting business sentiment and hindering investments both from domestic and foreign investors.”

In essence, the government wants to make amendments solely taking into account the ease of doing business, and to invite foreign investment, amid the Make In India and Go Local trends that have picked up steam after the Indo-China brawl at the border.

The proposed Section 95A of the Act would effectively allow Chief or State Commissioners to withdraw cases after the approval of the defender, or the aggrieved.

The move has drawn ire from disability activist groups, 125 of whom have written to the Ministry expressing disapproval.