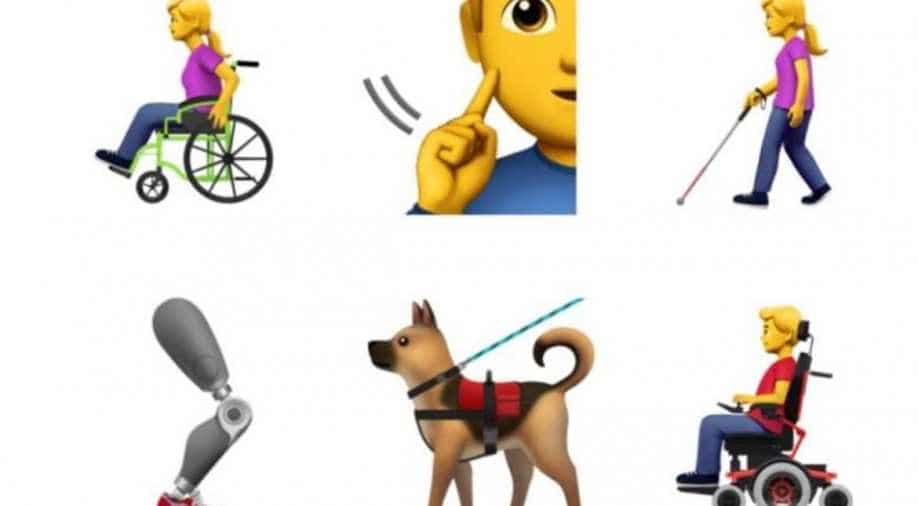 According to reports, Apple has proposed a new set emojis that would represent people with disabilities. In its submission to Unicode Consortium, the tech giant requested "the addition of emoji to better represent individuals with disabilities".

"Currently, emoji provide a wide range of options, but may not represent the experiences of those with disabilities. Diversifying the options available helps fill a significant gap and provides a more inclusive experience for all," the request noted.

? ? New: Apple has submitted a proposal to Unicode for accessibility emojis including people in wheelchairs, service dogs, and prosthetic limbs. If approved, they'll be on phones next year https://t.co/ic87QRkDpj pic.twitter.com/d7NISQR0me

Apple's submission is available in the public domain on Unicode's official website. The submission iterated Apple's belief that "technology should be accessible to all".

"One in seven people around the world has some form of disability, whether that be a physical disability involving vision, hearing, or loss of physical motor skills, or a more hidden, invisible disability. The current selection of emoji provides a wide array of representations of people, activities, and objects meaningful to the general public, but very few speak to the life experiences of those with disabilities," the submission read.

According to Apple's proposal 18 of 31 global sign languages use this gesture to represent the deaf sign. If approved, it would join the existing ASL "I love you" gesture in the Unicode Standard: ? pic.twitter.com/d9dHr6OwVE

The proposed set of nearly 13 emojis includes a person with a wheelchair, a hearing aid emoji among others.

A service dog emoji is proposed to represent "hidden disabilities" such as Autism, seizures, anxiety, or PTSD. Per the proposal: "service dogs not only perform tasks to help their partners live independent lives, but may represent a lifeline in moments of crisis" pic.twitter.com/S3DpmVFe4j

If approved, the emojis are likely to go live for public use in 2019.