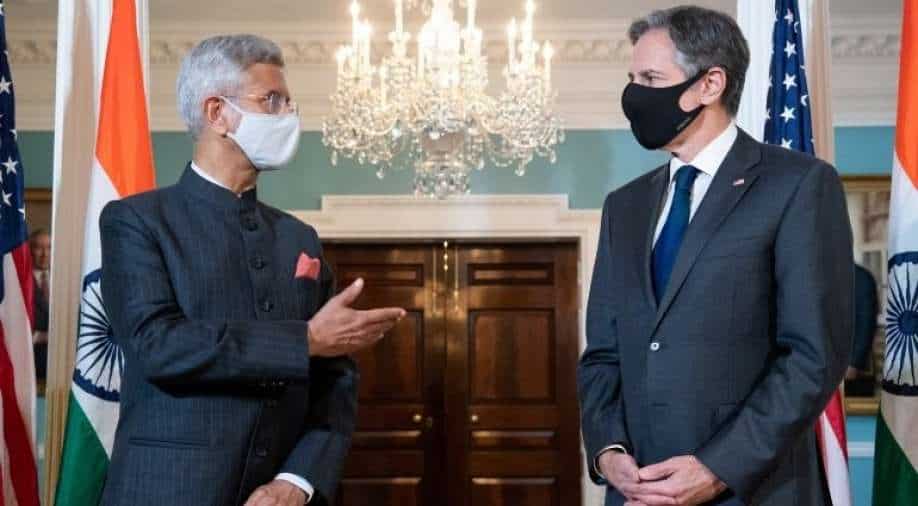 Jaishankar said on Twitter, "Spoke to US Secretary of State Blinken. Continued our discussions on Afghanistan. Also exchanged views on the agenda of UNSC."

Spoke to US Secretary of State @Secblinken.

Continued our discussions on Afghanistan. Also exchanged views on the agenda of UNSC.

The US secretary of state also said he and Jaishankar discussed shared priorities of the two countries, which include continued coordination on Afghanistan.

In a tweet, the US secretary of state said, "Spoke with Indian External Affairs Minister Dr S Jaishankar today to discuss our shared priorities including continued coordination on Afghanistan and in the United Nations. Look forward to continuing to deepen our partnership."

Earlier, India had strongly condemned the deadly bomb blasts that rocked Afghanistan's capital city Kabul. The statement released by India's Ministry of External Affairs read, "India strongly condemns the bomb blasts in Kabul today. We extend our heartfelt condolences to the families of the victims of this terrorist attack."

"Our thoughts and prayers also go out to the injured. Today’s attacks reinforce the need for the world to stand unitedly against terrorism and all those who provide sanctuaries to terrorists," the statement added.

The Islamic State group claimed responsibility for the attacks and the United States President Joe Biden said that he has seen "no evidence" that the Taliban colluded with Islamic State militants in carrying out the deadly attacks.