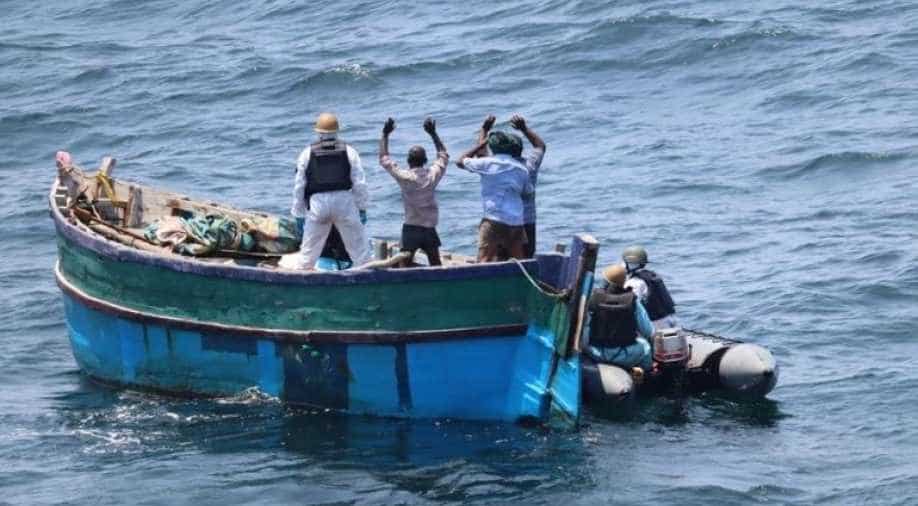 Much of the sea cucumbers smuggled out of Tamil Nadu are said to be for Sri Lanka and other South-East Asian countries, where they are consumed as food and used to prepare medicines

In a coordinated mission that involved air and sea-based assets, the Indian Coast Guard apprehended a fishing boat that was attempting to smuggle sea cucumber, an endangered species, into Sri Lanka.

The apprehended fishing boat was carrying 1 ton of sea cucumbers, which are valued at about $683,000 USD. The fishing boat along with three crew members have been brought to Tuticorin for further investigation.

The interception of the boat had taken place on Saturday noon and the boat was just about 3.5 miles from the International Maritime Boundary line. The boat was intercepted off the Mandapam coast. The north western tip of the Sri Lanka is easily accessible(in terms of distance) from the areas surrounding Mandapam town in Tamil Nadu. Some parts on the north-western tip of Sri Lanka are less than 100kms or 54 nautical miles away, from certain points on the Tamil Nadu coast.

Sea cucumbers are an important constituent of the coral ecosystem and are categorized as an ‘endangered species’ with their harvest being banned under the Wildlife Protection Act of 2001. They play an important role in maintaining the health of the marine ecosystems. By excreting inorganic nitrogen and phosphorus, they enhance the productivity of benthic animals - those living on the ocean floor.

Much of the sea cucumbers smuggled out of Tamil Nadu are said to be for Sri Lanka and other South-East Asian countries, where they are consumed as food and used to prepare medicines.

In terms of the Coast guard’s areas of responsibility, their aircraft and vessels monitor and secure the 7516km long coastline and India’s Exclusive Economic Zone that is over 2million sq km. The Indian Coast Guard currently operates over 150 surface platforms and more than 60 aircraft. The force deploys 30-40 ships and 10-12 aircraft for surveillance, on a daily basis.