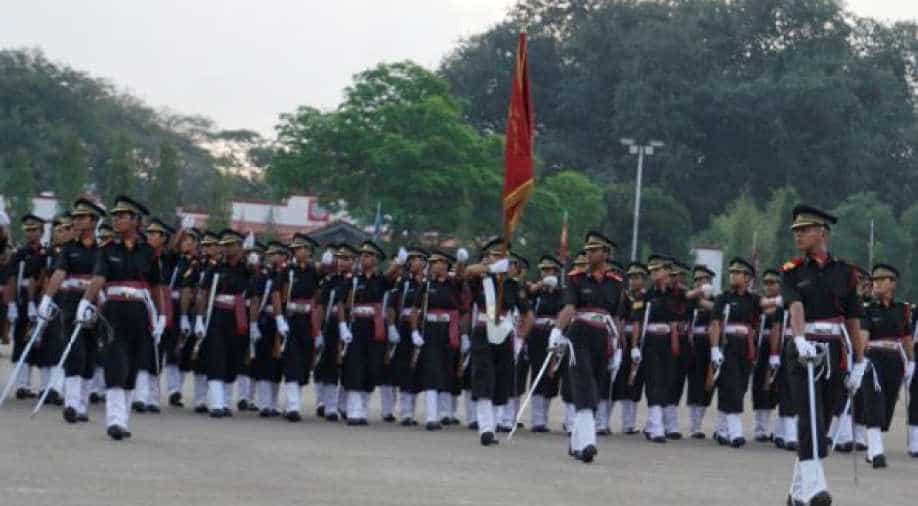 "Initial survey tells that all corporates would favour an individual who has been trained by the military and comes to them at 26/27 years of age rather than a raw college graduates at 22/23 years of age," a military officer said.

In a transformational move, the Indian Army is considering a proposal to allow civilians including young working professionals to join the force for a three-year tenure as officers and in other ranks in diverse areas like logistics and front-line formations.

Top military sources said the Army is also considering to induct personnel from paramilitary forces and central armed police forces for a short duration of up to seven years following which they would be allowed to return to their parent organisations.

The "game-changing" proposal to allow civilians to work for three years is being examined by top commanders of the Army and its main aim is to bring people closer to the 1.3-million-strong force by giving them an opportunity to experience military life, they said.

"If approved it will be a voluntary engagement and there will be no dilution in selection criteria. Initially, 100 officers and 1,000 men are being considered for recruitment as part of test-bedding of the project," Spokesperson of the Army Col Aman Anand said when asked about it.

The sources said minute details of the proposal are being worked out, adding age and fitness level will be among the key criteria for recruitment under the 'Tour of Duty (ToD) or 'Three Years Short Service' scheme.

There is a "resurgence of nationalism and patriotism" in the country and the proposal attempts to tap the feelings of the youths who do not want to join the Army as a profession but wish to experience the military life for a temporary duration, a source said.

The proposal, which is a part of broad reforms envisaged for the force, is set to be discussed at a conference of top commanders of the Indian Army following which the process would be taken forward, the sources said, adding the scheme will benefit the Army financially.

At present, the Army recruits young people under short service commission for an initial tenure of 10 years which is extendable up to 14 years.

According to the proposal, the people to be recruited under the ToD will be eligible to be deployed as combatants in key forward locations and there will be no restrictions in their roles.

The sources quoting an internal study said the Army would gain significant financial benefit from the ToD scheme as it will save a huge amount of money on gratuity, severance packages, leave encashment and pension.

Young working professionals would be allowed to apply under ToD, they said.

The Army has also made a comparative study on whether the training costs on people to be recruited under ToD will be commensurate with their subsequent limited employment for only three years.

The initial approximate financial calculations show that the financial benefits accrued would be exponential.

Sources said the cumulative approximate cost of pre-commission training, salary and other expenses is nearly Rs 5.12 crore and Rs 6.83 crore on an officer if he or she is released after 10 and 14 years respectively.

However, the similar cost for those released after three years would be just Rs 80 lakh to Rs 85 lakh each.

Since approximately 50 per cent to 60 per cent of the Short Service Commissioned Officers are granted a permanent commission, the cost of their retention until attaining 54 years of age is too high.

The savings for only 1,000 jawans could be Rs 11,000 crore which could then be utilised for the much-needed modernisation of the Indian armed forces, the sources said.

They said a stint in the Army would also be helpful for young people in getting jobs incorporate as well as government sector.

An officer or soldier after completing one year of training and three years of ToD is likely to display visible improvement in self-confidence, teamwork, responsibility, initiative, stress management, innovation and social skills, according to a military officer.

"Initial survey tells that all corporates would favour an individual who has been trained by the military and comes to them at 26/27 years of age rather than a raw college graduates at 22/23 years of age," he said.

The move to recruit personnel from paramilitary forces and central armed police forces is being considered under a concept called 'Inverse Induction Model'.