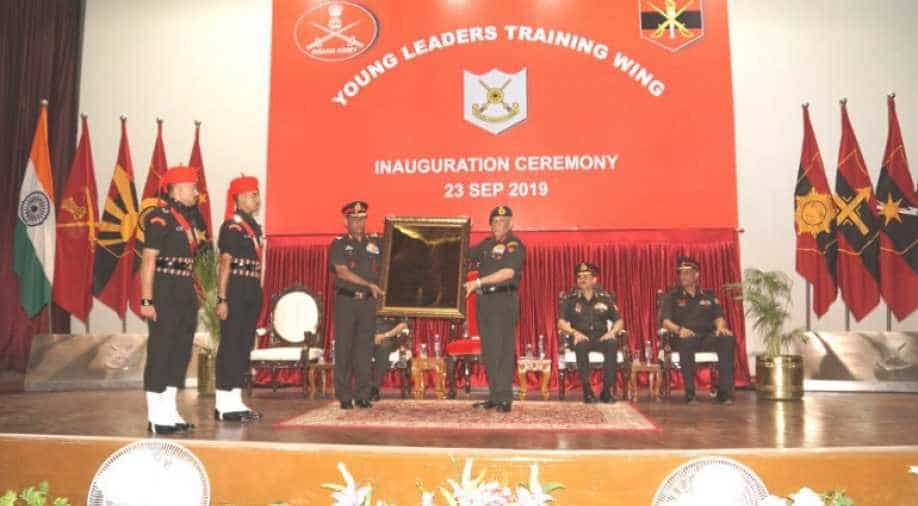 The new programme aims to enhance the capabilities and skills of serving Army jawans to help them clear the Service Selection Board(SSB) Exam, to enable them to serve the nation as Commissioned Officers

The latest in the slew of measures being undertaken to restructure and reform the Indian Army is the Young Leaders Training Wing(YTW), inaugurated by the Army Chief General Bipin Rawat at the Officers Training Academy(OTA) in Chennai. The new programme aims to enhance the capabilities and skills of serving Army jawans to help them clear the Service Selection Board(SSB) Exam, to enable them to serve the nation as Commissioned Officers.

The education and preparation aims to enhance the quality of Junior leadership and increase the probability of qualification for pre-commission training of select Junior Commissioned Officers and Non-Commissioned Officers through a structured Personality Enrichment Programme. 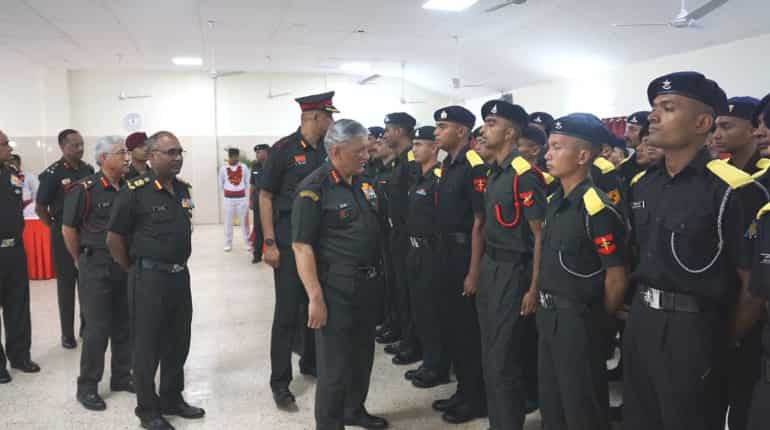 Addressing the first batch of 200 trainees and the faculty of the Young Leaders Training Wing, the Chief of Army Staff emphasized the importance of development of leadership traits, character, communication skills, analytical ability and rational decision-making skills for all junior leaders aspiring to be officers in the Indian Army.

The Army Chief highlighted the need for ‘leaders who lead by example’ and leaders who rise from the rank and file, leaders who are compassionate and decisive to take bold actions. “Future battlefields will be affected by cyber warfare and there may be communication failures, but not command failures. That is why we need leaders at all levels, leaders who can take decisions under challenging conditions. Such leaders need to bring victory to their respective unit or sub-unit and make history for the Indian Army, as there are no runners-up in war."

Speaking at the event, the Army Chief said, “Lot of our serving jawans have the potential to join officer cadre, but they need training that’s where the YTW becomes necessary. We started preparation in May and here we are inaugurating the facility in September. In today’s scenario, there are so many jawans joining the Army due to various circumstances, we train them keeping in mind that they clear the SSB”.

Besides Congratulating the Officers Training Academy, he also urged the jawans enrolled under the YTW to crack the SSB in the first attempt.

As the soldiers hail from across the country and from various regiments, they have different education levels and varying work experience. They are required to clear an entrance test on basic IQ and general knowledge, followed by which they would be further scrutinized and selected for the YTW programme.

Any soldier in the army, who fulfils the required criteria is selected and is then trained at the OTA Chennai for a five-month duration so that they clear the SSB in larger numbers. This five months course focusses on personality development, with the key component being English communication skills and soft skills. This YTW course is meant exclusively for soldiers (all those junior to the Officer rank).

The YTW is meant to help jawans to climb their career ladder quicker by enhancing their skill sets. Once they clear the SSB test, they could be trained at the Indian Army Institutions across the country, such as the Indian Military Academy. For those who fail to clear the SSB, the YTW training would still be a significant boost to their career in the Army and they can contribute to the larger organization in a great way.

The OTA in Chennai is the only institution of the Indian Army to offer the five-month course under the Young Leaders Training Wing.