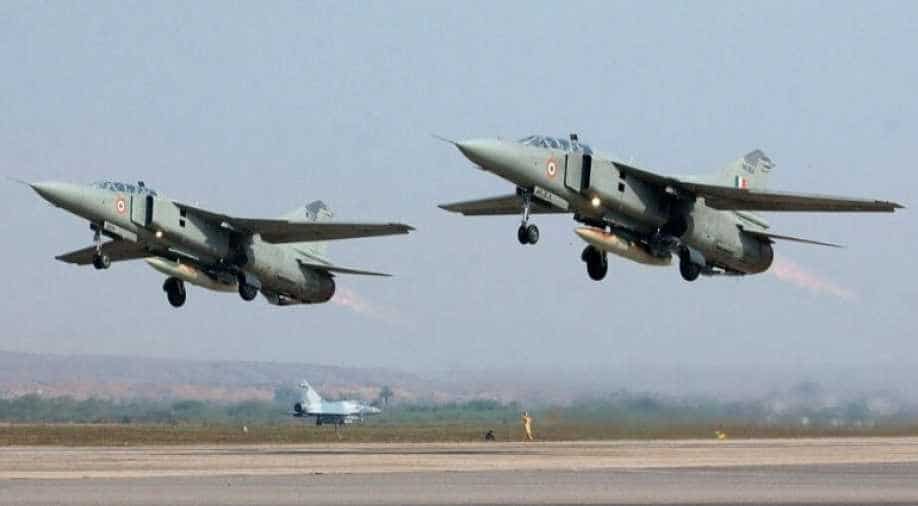 The MiG-27 was used in a strategic, stealthy role to conduct ground assaults on enemy positions.

India today retired the iconic MiG-27 fighter jet fleet stationed at the Jodhpur airbase decades after it was introduced into the Air Force.

The fighter jet was used by former Soviet-built aircraft in the last stages of the Afghanistan war. It was inducted into the Indian Air Force in 1985.

The plane proved its mettle during the Kargil war in 1999 firing precision-guided missiles at enemy positions dug deep into the trenches. It had also provided India an edge during "Operation Parakram" in the India-Pakistan standoff in 2001 after the Parliament attack.

The plane meant to fly in low altitude could hit ground-based targets. The MiG-27 was therefore used in a strategic, stealthy role to conduct ground assaults on enemy positions.

The tactical aircraft was exported by the former Soviet Union initially to Warsaw Pact countries and then in a big way to India in the 1980s. A forerunner of the MiG-23, it turned out to be a dedicated ground attack aircraft which carried out attacks against entrenched enemy strongholds

India was given license to produce the MiG-27 under the "Bhadhur" designation. NATO had codenamed the jet "flogger". It could operate within a range of 780 km at a top speed of 1,885 kmph. The meximum height at which it could operate was 46,000 feet.

The MiG-27 was upgraded by the Indian Air Force to ensure its strike capability, however, in recent years the fleet experienced several crashes.