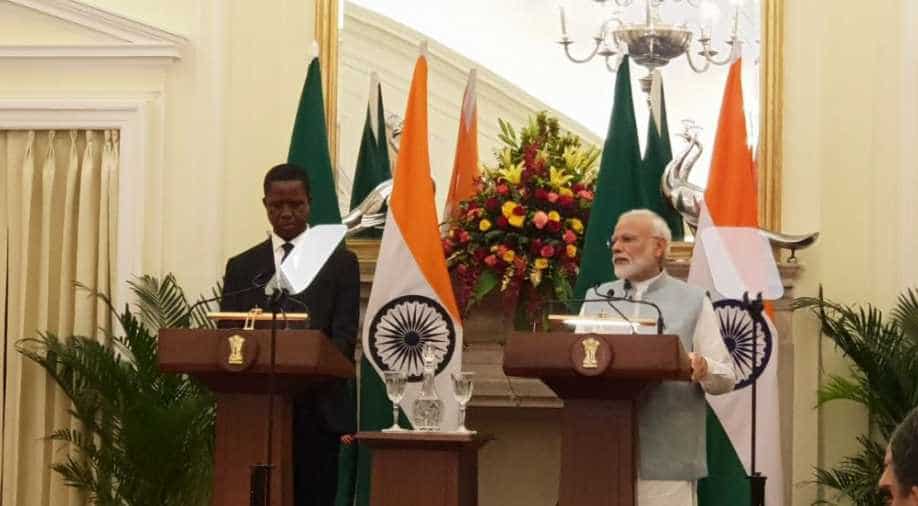 With an aim to bolster its defence engagement with African countries, India will be training Zambian forces. The development was announced by Prime Minister Narendra Modi at the time the press statement during the 3-day visit of the President of Zambia Edgar Chagwa Lungu

Zambian President's visit is the first for any head of the state from Africa ever since PM Modi took charge of his second term this May.

Earlier, Edgar Chagwa Lungu was honoured with the 'Guard of Honour' at Rashtrapati Bhavan and paid homage to 'father of the nation' Mahatma Gandhi at Rajghat.

At the visitor's book at Rajghat Lungu said, "All said and done, only acknowledging the truth about past, present and future, can set us mankind free".

President Kovind had paid a visit to the southern African country in April 2018. Bilateral trade between India and Zambia stands at $830 million dollars with India importing copper from the country. Zambia is the second-largest producer of copper in Africa with $5 billion investment. India is one of the leading investors in the country.