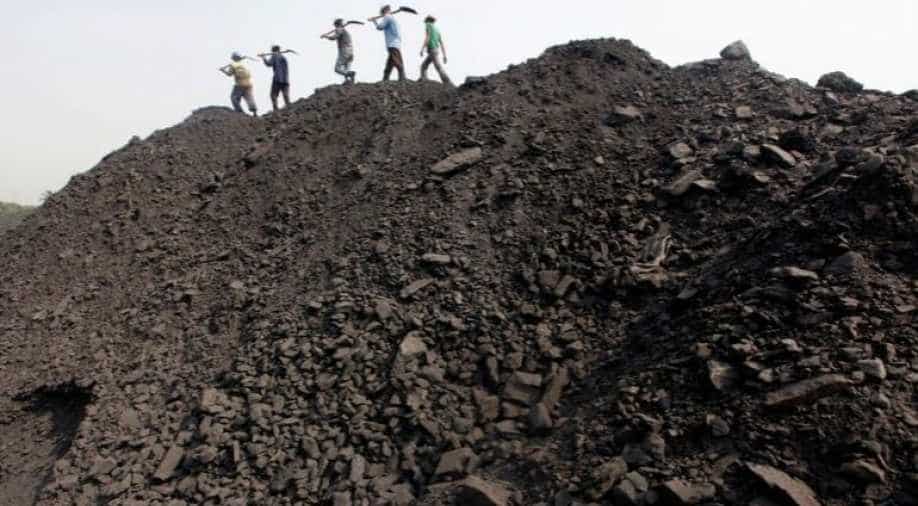 Government sources told that there is no shortage in the daily supply of coal to states and power companies and it is maintaining 5 days stock, In a month's time situation will be back to normal

Centre is all geared up to meet the demand of coal by states and power companies and railways. The government is ramping up its per day coal production from 1.94 million to 2 million tonnes within a week.

Government sources told ANI that there is no shortage in the daily supply of coal to states and power companies and it is maintaining 5 days stock. In a month's time situation will be back to normal.

There are multiple reasons for the current scenario. Government source told ANI, "Since January coal ministry has been writing to various states to pick up and stock coal in their respective states but no one paid heed. Coal India can stock up to a limit. If we stock more coal than the limit there is a risk of fire.

"Rajasthan, West Bengal, Jharkhand have their own mines but they did little to extract coal. It is learnt that despite clearances some of the state governments sat on decisions and gave COVID and rains as a reason for not doing enough mining.

Prolonged monsoon affected the mining and the shooting prices of imported coal also contributed to the current situation.

There is a 12 per cent fall in imports of foreign coal which power companies blend, to cut losses due to high prices they also shifted to domestic coal.States have huge pending dues of Coal India on them.

It is learnt from sources that Maharashtra, Rajasthan, Madhya Pradesh, Karnataka, West Bengal and Tamil Nadu are big defaulters. All States have to dues of Rs 20,000 crores to be paid to Coal India.

Government sources said despite large sums of dues, supply continues and it will continue to provide power and coal supplies.

Electrification of villages and industrialisation has also shot up the demand. Government source told ANI that Delhi and Punjab shut coal plants like in Ropar and Bhatinda.