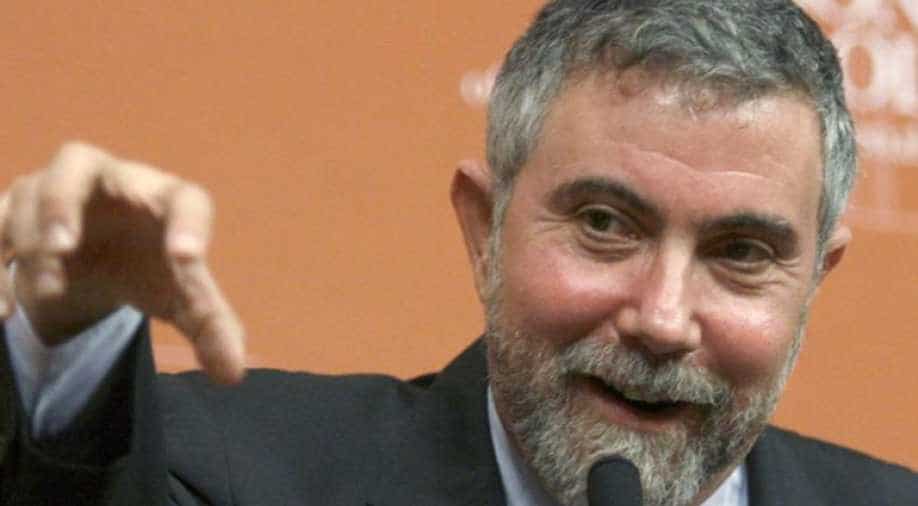 Krugman said India though has become a much "better place to do business" than it was earlier. Photograph:( Zee News Network )

Paul Krugman, the American economist and 2008 Nobel Prize winner, has warned that India could end up with huge mass unemployment if it does not grow its manufacturing sector.

"There is this concept called artificial intelligence that you should be wary of. In future, while diagnosis may be outsourced to a doctor in India, it could also go to a firm based on artificial intelligence. Things like this could be a cause for worry for Indian services sector," Krugman said while speaking at an event in Delhi on Saturday.

"Japan is no longer a superpower because its working-age population declined, and China is looking the same. In Asia, India could take the lead but only if it also develops its manufacturing sector, not only the services one,” he said.

“India’s lack in the manufacturing sector could work against it, as it doesn't have the jobs essential to sustain the projected growth in demography. You have to find jobs for people,” he said.

India has made rapid progress on the economic front but economic inequality in the country remains an issue, the noble laureate said.

Krugman said India though has become a much "better place to do business" than it was earlier.

"India achieved as much economic progress in the (last) 30 years as Great Britain did in 150 years. It is a very rapid pace of transformation....why does there still seem to be visible poverty in India?

"One problem is the high degree of economic inequality," he said at the News 18 Rising India Summit.

He also said India has made "enormous strides" in economic progress but the wealth has "not been evenly distributed".

He also touched upon the problem of corruption that the country has been facing.