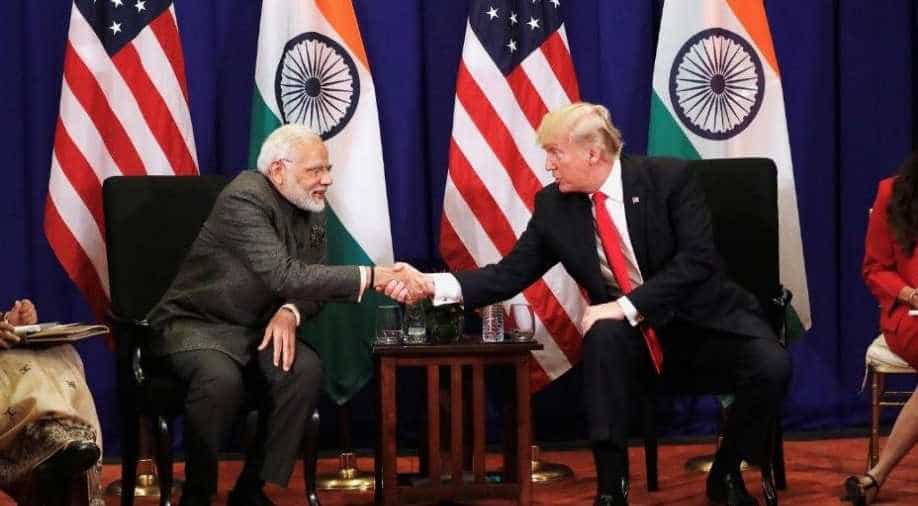 The latest development comes after Donald Trump said that PM Modi had asked him to mediate on Kashmir while he was hosting Pakistan Prime Minister Imran Khan the Oval office.

In a statement, the spokesperson of the Ministry of External Affairs Raveesh Kumar said, "No such request has been made by PM Narendra Modi to US President. It has been India's consistent position that all outstanding issues with Pakistan are discussed only bilaterally"

"Any engagement with Pakistan would require an end to cross border terrorism. The Simla Agreement and the Lahore Declaration provide the basis to resolve all issues between India and Pakistan bilaterally" Raveesh Kumar said.

We have seen @POTUS's remarks to the press that he is ready to mediate, if requested by India & Pakistan, on Kashmir issue. No such request has been made by PM @narendramodi to US President. It has been India's consistent position...1/2

According to Shimla and Lahore accords, India and Pakistan will resolve their issues bilaterally without third-party intervention.

The latest development comes after Donald Trump said that PM Modi had asked him to mediate on Kashmir while he was hosting Pakistan Prime Minister Imran Khan the Oval office.

Trump last met PM Modi in Osaka, Japan on the sidelines of G20 Summit on June 29.

Watch: Even as Imran khan meets Donald Trump, here's the story of Khan's visit so far

He also said that Kashmir "should be resolved" and he will speak to Indian Prime Minister and see "what we can do".

This is for the first time Trump has spoken on Kashmir publically.

Meanwhile, Pakistani PM said the US "can play a most important role in bringing peace in the subcontinent," adding that Islamabad tried its best "to start a dialogue, resolve our differences through dialogue but unfortunately.. haven't made headways as yet, but I'm hoping President Trump would push the process."

A fact sheet was issued by White House on Trump -Imran meeting in which it was mentioned that while Islamabad "has taken some steps against terrorist groups operating within Pakistan", it is "vital that Pakistan take action to shut down all groups once and for all."