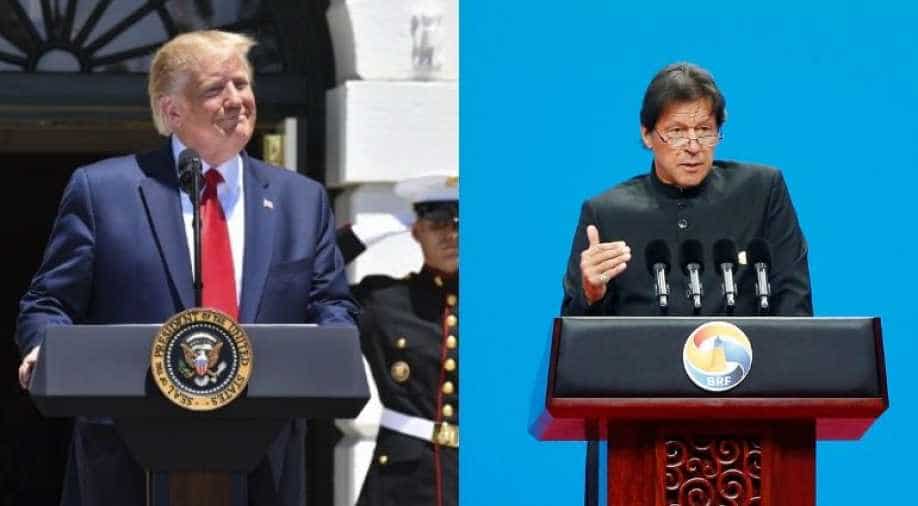 Washington had said that the aid would remain suspended until Islamabad takes steps against harbouring terrorists on its soil.

Prime Minister of Pakistan Imran Khan will hold a bilateral meeting with United States President Donald Trump at the White House on Monday afternoon to repair damaged ties between the two countries in recent times.

As per a schedule released by the White House, the meeting will begin at around 12:05 pm and would be followed by an expanded bilateral lunch at around 12.50 pm.

The US-Pakistan relationship has been strained in recent times, especially after Trump struck down an aid amounting to $1.3 billion to Pakistan last year. Washington had said that the aid would remain suspended until Islamabad takes steps against harbouring terrorists on its soil.

A tweet by Pakistan's Information Ministry on Sunday stated that the meeting is likely to focus on expanding bilateral cooperation on trade and investment, as well as working "toward peace in South Asia at large and Afghanistan in particular".

After accompanying Khan at the bilateral meeting, the Army Chief will visit the Pentagon to have interaction with US military leadership, informed Ghafoor.

"COAS at Washington, DC. On 22 July 19, after the meeting at White House as part of Prime Minister's delegation, COAS will visit Pentagon to interact with Acting Secretary Defence Mr. Richard Spencer, CJCS Gen Joseph Dunford, and Chief of Staff of US Army Gen Mark A Milley," Ghafoor wrote on Twitter.