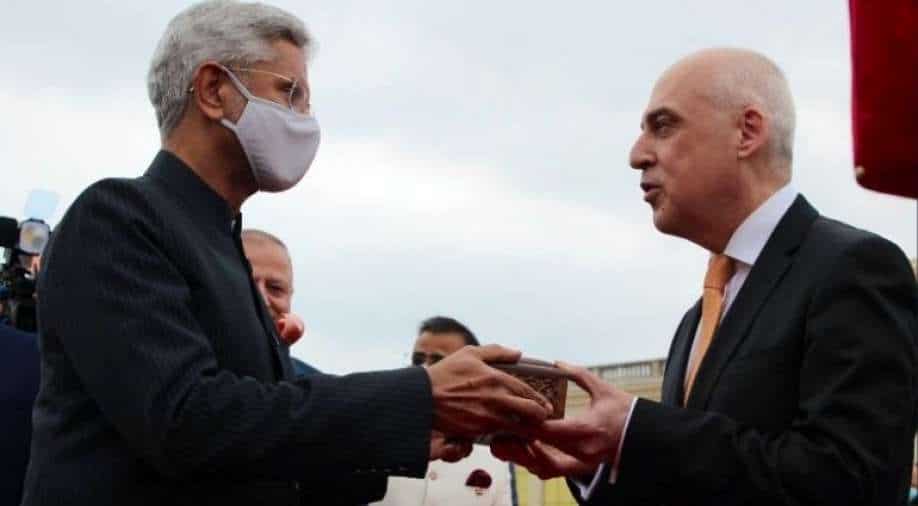 The relics have reached Georgia after more than 390 years. In the past, in September 2017, relics were sent to Georgia for almost a year and were returned to India in September 2018.

In a moving ceremony, India's external affairs minister Dr S Jaishankar on Friday handed over the holy relic of St. Queen Ketevan to the government of Georgia.

The relic was handed over in the presence of Catholicos-Patriarch of All Georgia--Holiness and Beatitude Ilia II and the Prime Minister of Georgia H.E. Irakli Garibashvili.

Jaishankar reached Georgia on Friday from Moscow, in the first-ever visit by an Indian external affairs minister since the country's independence in 1991. A part of the relic has been gifted by the Indian government and was a long-standing request of the government of Georgia due to its immense emotional and historical value.

St. Queen Ketevan was 17th century Georgian Queen who was martyred in Iran's Shiraz. Her relics were found in St. Augustine Convent in Old Goa, India in 2005. DNA analysis by the CSIR-Centre for Cellular and Molecular Biology, Hyderabad at the instance of the Archaeological Survey of India confirmed its authenticity. It is believed her relics were brought to Goa in 1627.

The relics have reached Georgia after more than 390 years. In the past, in September 2017, relics were sent to Georgia for almost a year and were returned to India in September 2018.

The last time an Indian EAM visited the country was 40 years ago. In 1978, the then EAM of India Atal Bihari Vajpayee visited Georgia. After that, Georgian Foreign Minister Irakli Menagarishvili and External Affairs Minister Jaswant Singh had met in New Delhi on 11 May 2000.