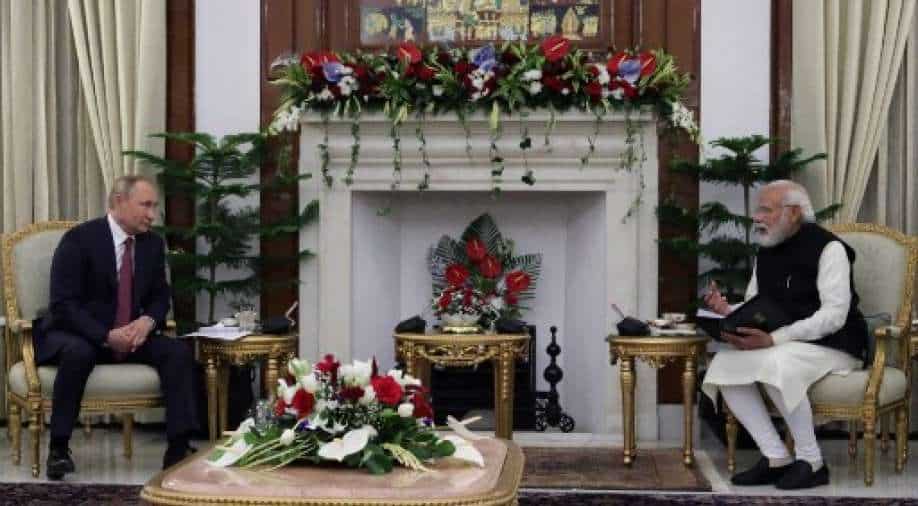 President Putin and PM Modi advocated the need to increase bilateral trade to $30 billion by 2025.

In a joint statement, Russia said India is a reliable partner in the development of the Russian Far East. President Putin supported Prime Minister Modi’s concept of Sangam as a development tool for the region.

President Putin and PM Modi advocated the need to increase bilateral trade to $30 billion by 2025.

India is interested in cooperation with Russia on the northern sea route, the joint statement said. The two leaders reaffirmed that energy cooperation is a key pillar of the bilateral ties and an energy bridge between the two countries.

The two sides noted the wide-ranging collaboration between the oil and gas companies of the two countries, including between JSC Rosneft Oil company and oil and gas public sector undertakings of India in implementing the Vankorneft, Sakhalin-1 and Taas-Yuryakh Neftegazodobycha projects in Russia and Nayara Energy Limited’s oil refinery in India.

President Putin and PM Modi reaffirmed the importance of full implementation of JCPOA and expressed support for efforts aimed at early restoration of the nuclear deal with Iran and to work towards denuclearisation of the Korean Peninsula.

Both countries agreed to continue promoting mutual settlements in national currencies which will help reduce cost and time as well as risks involved in payments.

President Putin and PM Modi called for close cooperation on Afghanistan and the creation of a consultative mechanism between the security councils of the two countries. The two leaders also decided to provide humanitarian aid to the Afghan people immediately.

Russia and India also welcomed the easing of visa formalities, including the introduction of electronic visas and agreed to continue work visa regime facilitation.

Both countries called for comprehensive reform of the UN Security Council to reflect current global realities while reiterating their commitment to enhanced cooperation within BRICS.

Russia and India also agreed to study the possibility of implementing projects for the construction of nuclear power plants in third countries and explore prospects for cooperation in the development of launch vehicles and peaceful use of outer space.

India and Russia also noted the significant progress achieved in the construction of the remaining nuclear power plant units at Kudankulam.

India is interested in Russia's membership in the International Solar Alliance and the Coalition for Disaster Resilient Infrastructure, according to a joint statement issued following the Monday meeting between Russian President Vladimir Putin and Indian Prime Minister Narendra Modi in New Delhi.