In France, India has a partner that has never failed it: French Foreign Minister 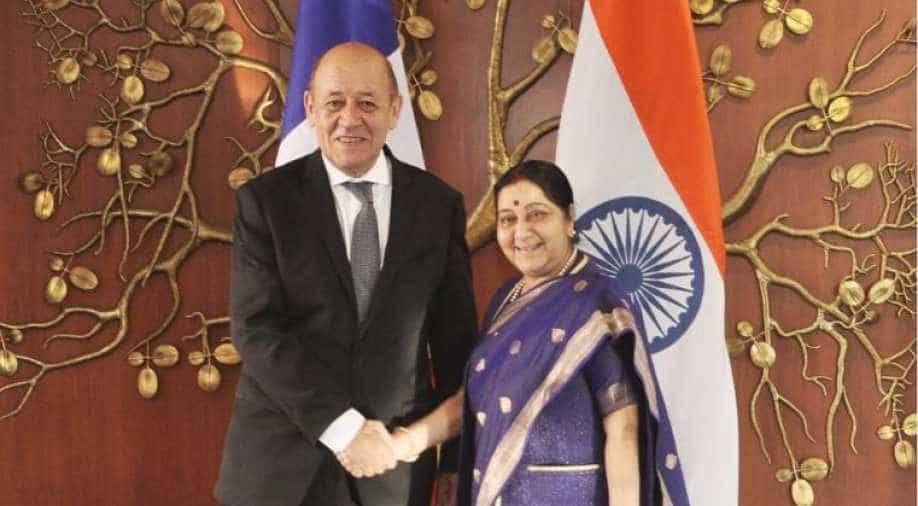 The French Foreign minister is on a two-day visit to India.

The two ministers also issued a joint press statement in which French Foreign minister said his meeting with India's external affairs minister was marked by a "great convergence of views and shared ambition".

20 years of a dynamic and multi-faceted strategic partnership!

EAM @SushmaSwaraj welcomed Foreign Minister of France @JY_LeDrian ahead of the delegation-level talks. This is their second bilateral meeting in six months continuing the momentum of high-level exchanges! pic.twitter.com/pdQR8dlm0Y

"France and India are celebrating the 20th anniversary of their strategic partnership this year is not by chance. It's because we attach the same importance to multilateralism, respect for the rule of law, the same ambition to usher in a just and sustainable world," he said.

Exuding confidence in India France ties, Le Drian said, "India knows that in France it has a partner that has never failed it and on which it can count on in the future."

Sushma Swaraj said both India and France will take forward cooperation in the Indian Ocean region. Defence ties between both countries are deep and multifaceted.

Both India and France discussed counter terror with EAM Sushma saying "India and France have cooperation on counter-terror especially at FATF". French FM talked about the "shared commitment to fighting terrorism, as we mark ten years since the deadly Mumbai attacks."

Both countries are also planning to launch joint projects in Africa. On people to people front, France plans to host 10,000 Indian students annually by 2020.

This is the second meeting between the External Affairs Minister and French foreign minister this year. They earlier met this year during EAM's visit to Paris.

Earlier Le Drian visited Mumbai where he met Bollywood producers and conferred the French honour of Knight of the National Order of Merit on producer Ashok Amritraj.

French company Atos and India's Centre for Development of Advanced Computing (C-DAC) signed MoU for developing supercomputers in India on the occasion.