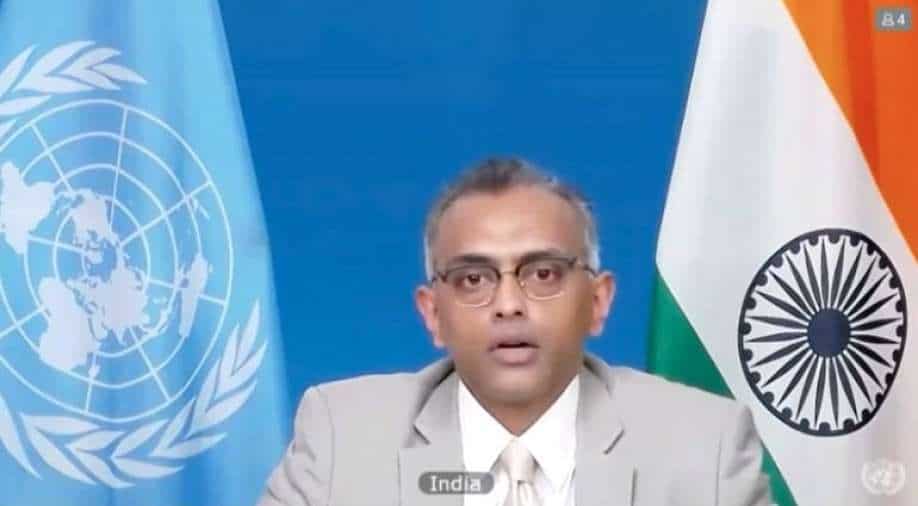 Naidu is a fluent Chinese speaker, an avid yoga practitioner and has served in China. He was also the National Coordinator for establishing the International Solar Alliance in India

India's deputy ambassador to United Nations Nagaraj Naidu will be the Chef de Cabinet of the President-elect of the 76th session of the United Nations General Assembly (UNGA) Abdulla Shahid. This is for the first time that an Indian diplomat has been given this post, and his tenure will be for one year.

The post is similar to chief of staff, or like in the Indian system, PM's principal secretary.

"As you are well aware the General Assembly is the main deliberative, policymaking and representative organ of the United Nations. Comprising all 193 Member States of the UN, it provides a unique forum for multilateral discussion of international issues including peace and security," Nagaraj told WION.

"It is indeed a privilege and an opportunity to serve under the leadership of President-elect Abdulla Shahid. We are looking forward for a Presidency of hope," he added.

Inversions in preparation for #UNGA74 pic.twitter.com/998PcZdeLY

From 2017 to 2018 he has served as Joint Secretary/Director General of the Europe West Division and was responsible for India's bilateral political engagement with the United Kingdom, France, Germany, Italy, Spain, Portugal, Ireland, Belgium, Luxembourg, the Netherlands, Andorra, San Marino, Monaco, and the European Union.

The announcement was made in a tweet-statement by Abdulla Shahid, President-elect of 76th session of UNGA who said, "have appointed...Ambassador Nagaraj Naidu Kumar as my Chef du Cabinet."

Today, I have appointed Ambassador Thilmeeza Hussain as Special Envoy of the PGA, and Ambassador Nagaraj Naidu Kumar as my Chef du Cabinet. They will be instrumental in delivering my vision for the #PresidencyOfHope pic.twitter.com/1FsvJQKie3

Maldives Foreign minister Abdulla Shahid was elected as the president of the 76th session of the United Nations General Assembly earlier this week and will start his one-year tenure from September. He got substantial 143 votes in the election process that requires 96 votes as the threshold.

In a conversation with WION, he said, "I am deeply humbled, by this election. I am also at the same time a proud Maldivian today. This is a great honor for the Maldivian people, for the nation."

The tenure of the post is one year and is considered to be prestigious due to its authority over the working of the General Assembly.

This is for the first time a Maldivian national is holding the post and his candidature was backed by India. In his vision statement titled "A Presidency of Hope: Delivering for People, Planet and Prosperity”, FM Shahid listed five priority themes, called "Five Rays of Hope”. These key areas are recovering from COVID, rebuilding sustainably, responding to the needs of the planet, respecting the rights of all, revitalising the United Nations.