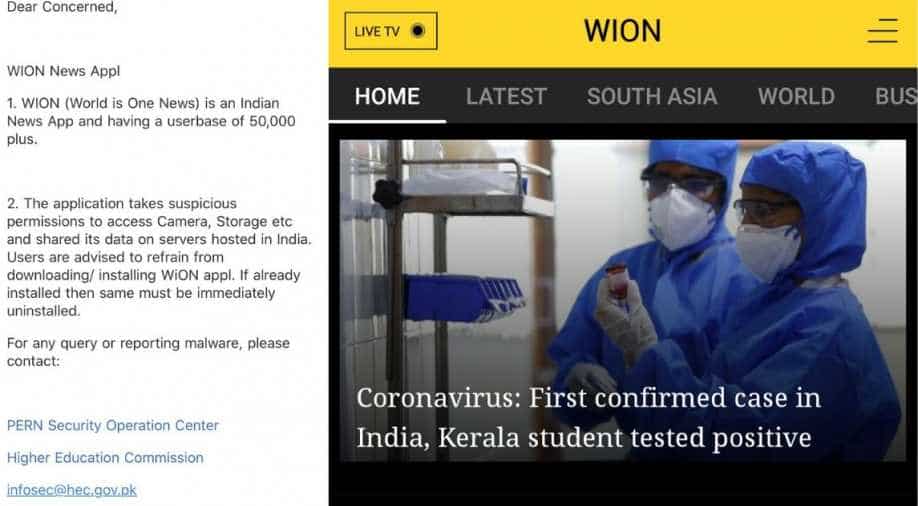 Pakistan higher education commission has issued a circular against the WION mobile app asking the government employees to refrain from installing the app on their mobile phones.

The circular says: "The WION application takes suspicious permissions to access camera, storage etc and shared its data on servers hosted in India."

"Users are advised to refrain from downloading or installing WION app as soon as possible. If already installed WION then same must be immediately uninstalled."

The Pakistan government has internally circulated their so called advice within the government offices. 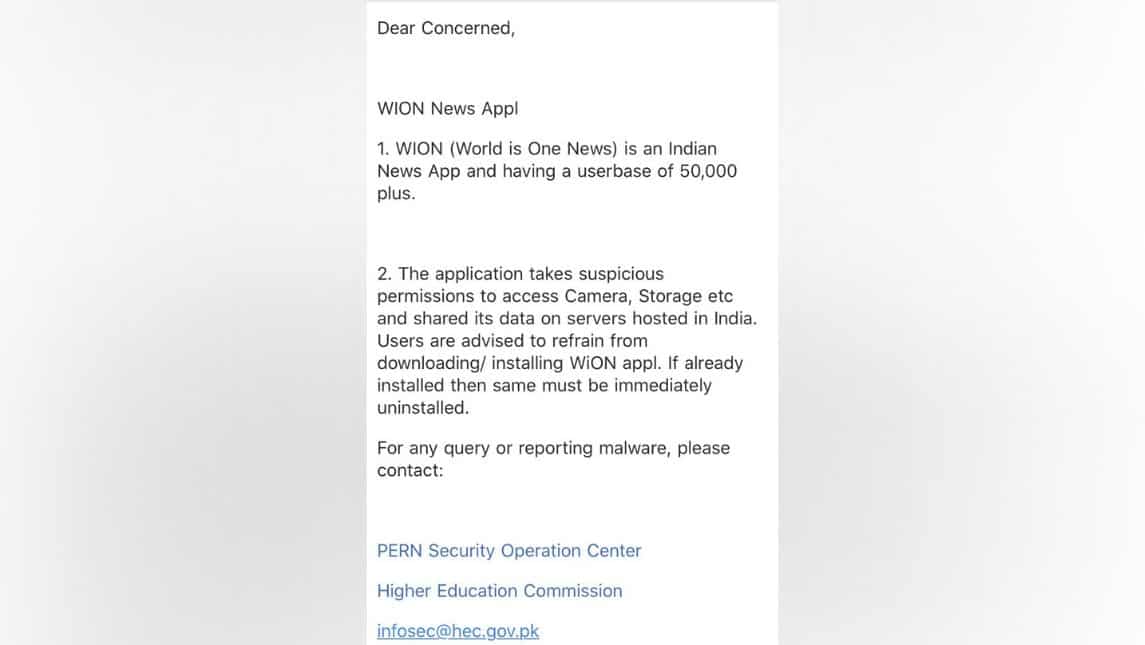 Now, the mobile phone app of WION has become dangerous to Pakistan government employees over something which is a standard feature of most apps these days.

Pakistan's media censorship is not new to the world. The last two years have seen a rapid decline in media freedom in Pakistan. The Pakistan national media has been witnessing one of the darkest periods in decades and the situation has remarkably deteriorated post-2018 prime ministerial elections.

National television news channels like - channel 24, abbtak news, and Capital TV were taken off air across the country in July last year after airing a live press conference by opposition leader Maryam Nawaz.

Pakistan ranks 142 out of 180 countries on reporters without borders' World Press Freedom Index. After targeting news organisations within the country, Pakistan has expanded its sustained campaign of censorship to India citing national security.