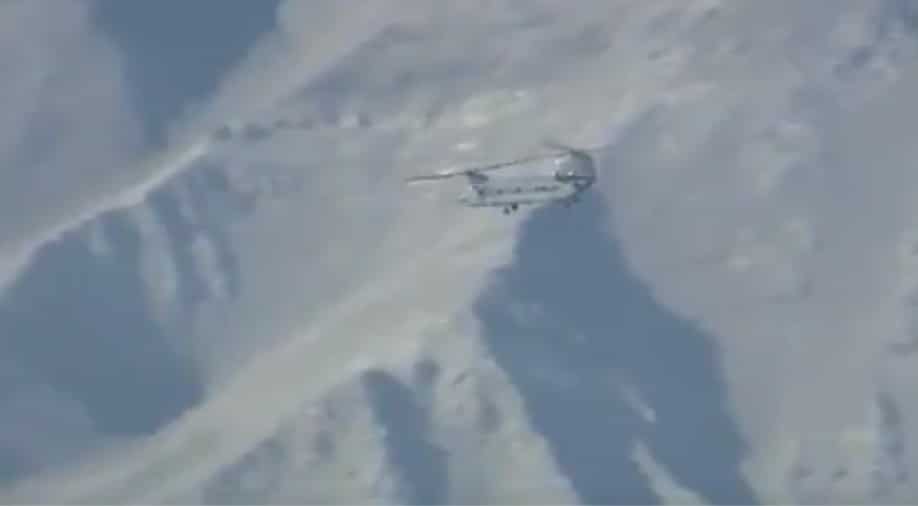 India’s preparedness to protect its territory and uphold its territorial integrity was marked by sorties by C-17 Globemaster, Ilyushin-76 and Antonio-32 transport, along with the Apache and Chinook heavy-lift choppers.

The Indian Air Force on Saturday displayed its aerial might by carrying out sorties in the Leh-Ladakh region near the Line of Actual Control (LAC).

India’s preparedness to protect its territory and uphold its territorial integrity was marked by sorties by C-17 Globemaster, Ilyushin-76 and Antonio-32 transport, along with the Apache and Chinook heavy-lift choppers.

The MIG-29s also carried out sorties from the base.

Transport aircraft flew at regular intervals to ensure supplies and equipment for troops in higher reaches during the winter months. The roar of fighter jets could be heard from a distance and evoked a sense of comfort over the level of preparations of IAF.

“We're ready and well-positioned to take on our adversaries. Our deployments in assessed areas are complete and the winter challenges are being addressed. We've suitably assessed the adversary and have necessary plans in place,” Flight Lieutenant Neha Singh, IAF told ANI.

Amid border tensions with China, IAF pilots deployed close to the LAC say that the force is adequately prepared to deal with any situation and equipped to tackle any threat.

"The Indian Air Force is equipped and adequately prepared to tackle any threat. The personnel are motivated and well-trained," he said.

"Due to change in the weather, challenges are increasing. The morale of the air fighters is high and the availability of advanced equipment empowers them to face any enemy," Group Captain A Rathi, Chief Operating Officer, IAF, LEH airforce base told ANI.

IAF Chief Air Chief Marshal Rakesh Kumar Singh Bhadauria has pointed to the force's swift deployment along the India-China border after the tensions rose sharply in May and said that the force had clearly demonstrated its "resolve, operational capability and the will" to deal with any challenge posed by India's adversaries.

The IAF chief, who addressed the 89th Raising Day of the IAF at Hindon Air Force Station, had also commended all warriors for quick response.

"In the recent stand-off on our northern frontiers, we deployed our combat assets at short notice to handle any eventuality and provided proactive support to all the requirements of deployment and sustenance for the Indian Army. We have clearly demonstrated our resolve, operational capability, and the will to effectively engage the adversary, should the need arise," he had said.