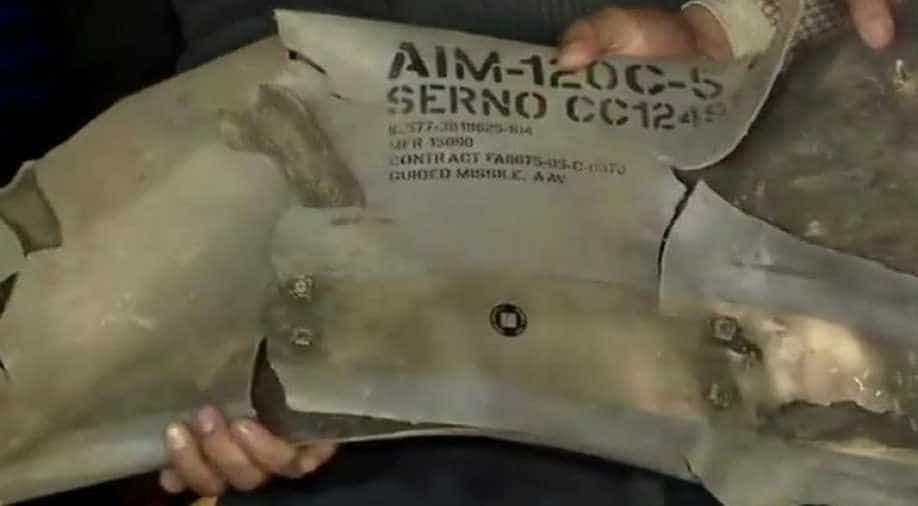 Visuals of the cover of AARAM missile fired from Pakistani F-16 aircraft found near the LoC in India. Photograph:( ANI )

Air Vice Marshal RGK Kapoor added that India's MiG-21 Bison had shot down the F-16 aircraft as it entered the Indian terrtory from eastern Rajouri.

The Indian Air Force today presented visuals as evidence of cover of AMRAAM missile fired from Pakistani F-16 fighter aircraft which was found in east of Rajouri after Pakistan Air Force(PAF) jets entered into Indian airspace on Wednesday morning.

During the joint press conference by the Indian armed forces, Air Vice Marshal RGK Kapoor said: "There is enough evidence to show that F-16s were used in this mission through their electronic signatures. Parts of AMRAAM, air-to-air missile which was carried only on the Pakistani F-16s was recovered east of Rajouri within the Indian territory."

Air Vice Marshal RGK Kapoor added that India's MiG-21 Bison had shot down the F-16 aircraft as it entered the Indian territory from eastern Rajouri. 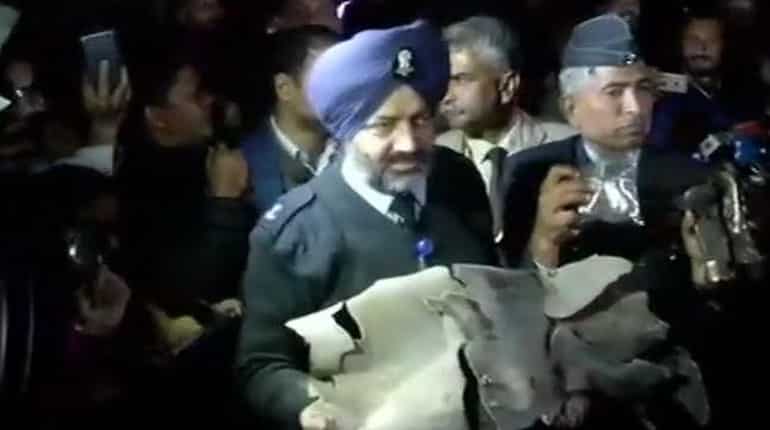 AMRAAM is an air-to-air, beyond-visual-range missile produced by the US Air Force which is now being used by several nations - including Pakistan. The missile is integrated into F-15, F-16, F-22, Tornado and other fighter aircrafts worldwide.

It is a long distance, high altitude missile produced in thousands by the US armed forces. The AMRAAM missile fits into a wide variety of operations due to its unique capabilities.