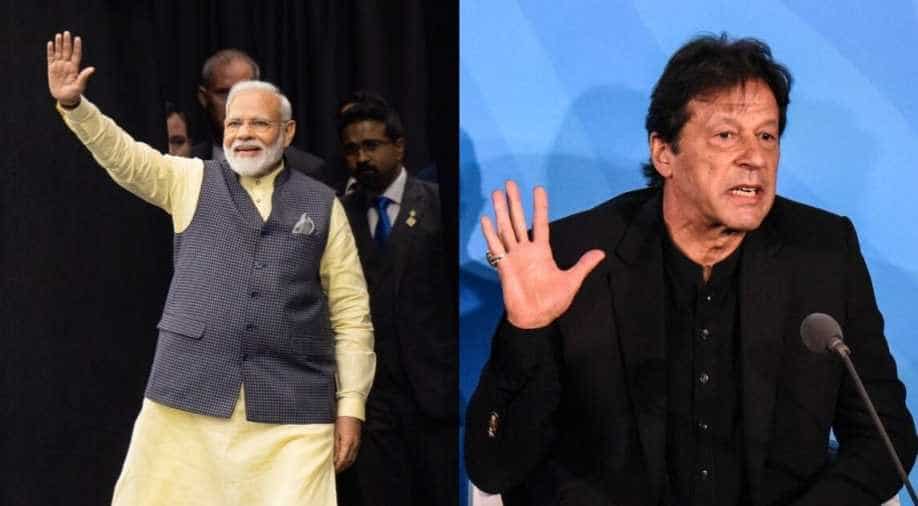 India's delegate at UNGA Vidisha Maitra stated that the General Assembly has rarely witnessed the 'invocation of phrases such as 'pogrom', 'bloodbath', 'racial superiority', 'pick up the gun' and 'fight to the end.''

On Friday, the world witnessed two global leaders address the United Nations General Assembly (UNGA). While Prime Minister Narendra Modi's speech focused on growth and development, Pakistan PM Imran Khan harped on the Kashmir issue and delivered a speech which had phrases such as "'pogrom', 'bloodbath', 'racial superiority', 'pick up the gun' and 'fight to the end.'"

Undeniably, there were stark differences between the speeches delivered by the prime minister and his Pakistani counterpart.

But then, not everyone feels that there is life beyond the jingoism of nuclear war, jihad, encouraging terrorism, war mongering, falsehood, deceit and misuse of the highest global platform. pic.twitter.com/p67KjjKFrS

The world listened as PM Modi narrated India's growth story. It was a proud moment for India. During his address to the United Nations General Assembly, Modi touched upon various issues including development, security, counter-terrorism, and climate change, stating that India's message to the world was that of peace and harmony.

Pakistan at UNGA seemed to have taken a cue from India as Pak PM brushed on the issue of climate change and urged countries with maximum greenhouse emission to take a call on the situation. Khan's speech quickly took a turn when he began speaking on Islamophobia and ended up warning of nuclear war at the global forum.

A last-ditch effort was made to internalise the Kashmir issue as Khan talked about minority and human rights while turning a blind eye to the state of minorities in his country and ignoring the plight of Uighurs in China.

Kashmir figured over 20 times in Khan's UNGA address while Islam was mention over 70 times.

The Pak PM spoke at the UN General Assembly for nearly an hour with nearly 25 minutes dedicated to raking up the Kashmir issue; PM Modi's address lasted slightly over 15 minutes.

India's delegate at UN General Assembly and first secretary, Ministry of External Affairs Vidisha Maitra stated that the General Assembly has rarely witnessed the "invocation of phrases such as 'pogrom', 'bloodbath', 'racial superiority', 'pick up the gun' and 'fight to the end.'"

She added that such an act "reflects a medieval mindset and not a 21st-century vision".

"Unfortunately, what we heard today from Prime Minister Imran Khan of Pakistan was a callous portrayal of the world in binary terms. Us vs them; rich versus poor; North versus South; developed versus developing; Muslims versus others. A script that fosters divisiveness at the United Nations. Attempts to sharpen differences and stir up hatred, are simply put - 'hate speech'," Maitra told the Assembly.