Heatwave is over in many parts of India, Delhi to experience rain on May 3: IMD 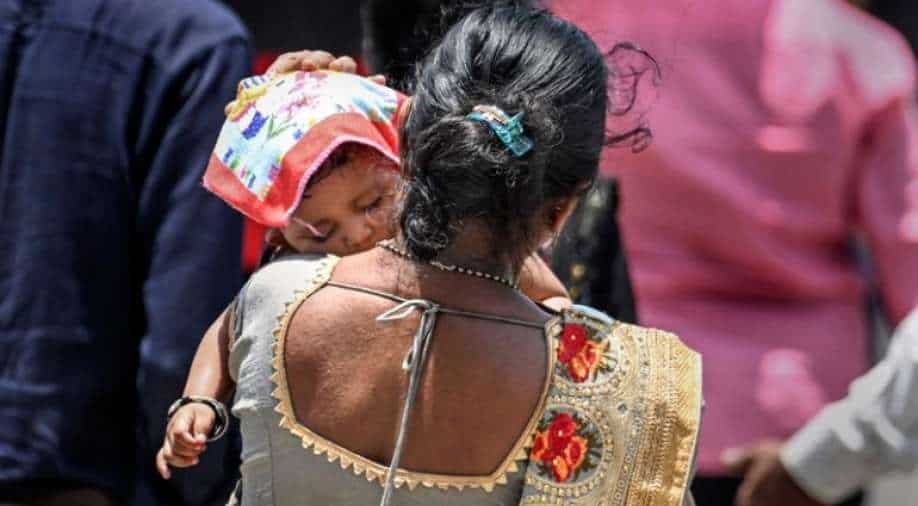 A woman covers the head of her child with a cloth to protect him from the scorching heat on a hot summer day. Photograph:( PTI )

From Monday (May 2), isolated areas in Delhi, Punjab, Haryana and Himachal Pradesh are likely to see partly overcast skies with the risk of thunders

India's severe heatwave has passed in many parts of the country, according to the Indian Meteorological Department (IMD), which has now issued a yellow alert for Northwest India for the winds known as western disturbance.

The department predicted that the temperature will drop in isolated parts of Himachal Pradesh, Punjab, Delhi, Haryana and eastern Rajasthan starting today, while Chhattisgarh, Madhya Pradesh, and West Rajasthan will continue to remain hot.

Also read | What is a heatwave, how is it declared, and what are the many types of alerts in India?

Maximum temperatures are expected to drop by 3-4 degrees Celsius, according to the forecast.

A senior scientist in the national forecasting department RK Jenamani said, "The heatwave in Odisha and Bengal was over on April 30, as we predicted. Strong winds will be there in the next two to three days," ANI news agency quoted him as saying.

"We are also giving a yellow warning to Northwest India as there is a Western disturbance. Delhi is likely to experience rain mainly on May 3. Rajasthan, Delhi, Haryana, and Punjab are on yellow alert and strong winds will be there tomorrow and rain may occur.”

He further stated that this Western Disturbance is extremely active, with wind patterns seen in Delhi, Jaipur and Lucknow. The temperature will not climb over the next 6-7 coming days due to strong east breezes.

"It is a big relief after such a big spell. A heatwave cannot be formed till May 7. We will be able to the exact situation after May 7 after analysing however the temperature goes. But right now, the condition is good in May," he added.

Also read | Extreme heat waves: Here is how to keep yourself protected

From Monday (May 2), isolated areas in Delhi, Punjab, Haryana and Himachal Pradesh are likely to see partly overcast skies with the risk of thunders.

Many parts of the country have been suffering from an extreme heatwave for the past few weeks, with temperatures reaching record highs and average maximum temperatures of 35.9 and 37.8 Celsius in the northwest and central India, respectively.