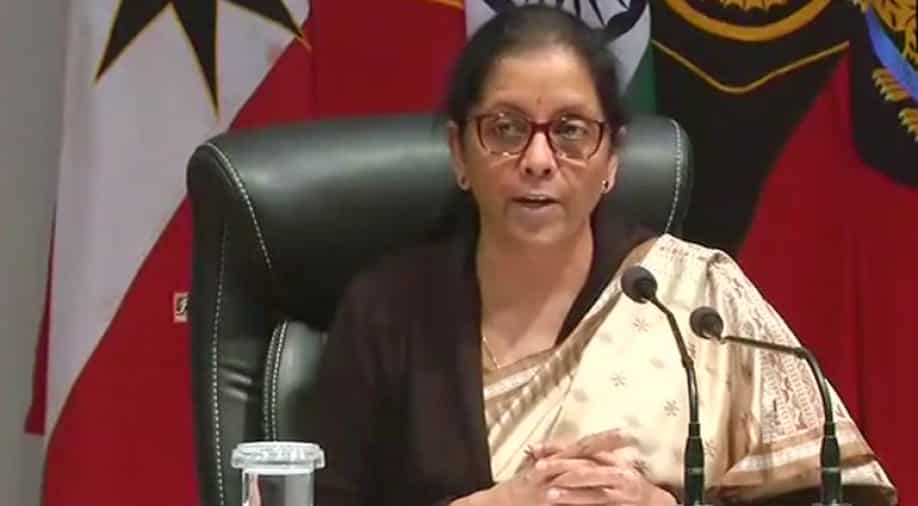 In her address at the Tamil Nadu government's second Global Investors' Meet (GIM), the Defence Minister said the government has ensured that systemic reforms were taken up with 'courage.'

Union Minister Nirmala Sitharaman Wednesday termed the NDA government’s 2017 rollout of the Goods and Services Tax (GST) as the “biggest reform” taken as part of a “systemic reform” and pitched India as a bright spot for investors.

In her address at the Tamil Nadu government’s second Global Investors’ Meet (GIM), the Defence Minister said the government has ensured that systemic reforms were taken up with ‘courage.’

Prime Minister Narendra Modi has made it a point that systemic reforms were done in such a way that India’s growth potential was realised fully, she said.

“We maintain the growth well above 6.5 (per cent), sometimes touching seven and IMF’s prediction is that we are likely to be over seven per cent in the coming years too.”

She said it was possible because the Modi government had made sure that that the systemic reforms were taken up “with courage,’ GST being the biggest of them.

“The biggest reform in the last 60 years was to make India as one market and that was achieved under Prime Minister Modi,” she said.

Together with many steps taken by the government, the country has now climbed the World Bank’s Ease of Doing business index also, she added.

“India is seen as the brightest spark..and the shining spot globally. Only two days ago, the IMF came up with the forecast that India’s growth will be the highest globally, being sustained for the last five years in that fashion.

This, along with fiscal prudence (and) the way in which the economy is being managed,” Sitharaman added.

Whether food inflation or the overall inflation, they have been kept well under control, she said.

Speaking at the summit, Tamil Nadu Chief Minister K Palaniswami strongly pitched for his state as a favourable investment destination, among a group of investors and diplomatic officials, including Ambassadors and High Commissioners of various countries.

“With a population of 7.2 crores, of which 80 per cent is literate, and nearly 50 per cent urbanised, Tamil Nadu is an innovation-based economy, with a strong performance in manufacturing and services,” he said.

High quality skilled human resources, besides infrastructure, have made it a very attractive investment destination, he said, adding that the state attracts the third highest Foreign Direct Investment (FDI) in the country.

Palaniswami said Tamil Nadu’s industrial base was diversified and it holds the leading position in textiles, leather, automobiles and auto components.

The two-day GIM 2019 will see the participation of investors from a number of countries.

Palaniswami is scheduled to give an account of the MoUs signed during the event on its concluding day Thursday.