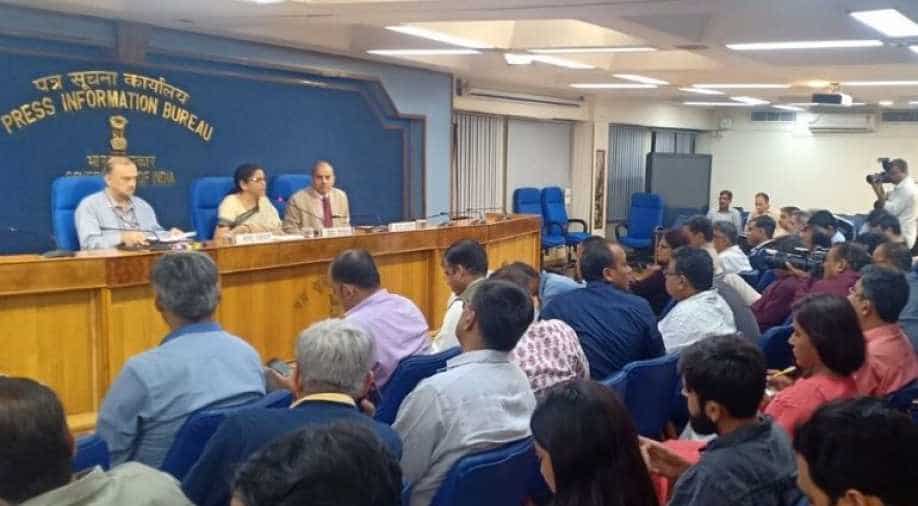 The government plans to give a boost to the housing market to revive over 1600 stalled housing projects covering 4.58 lakh units.

"A special window will be made, that will be an alternative investment fund (AIF). The government will first fund Rs 10,000 crore. There will be participation from SBI and LIC to place funds. The total funding from the government and SBI and LIC put together is expected to have a starting value at around Rs 25,000 crore," said Finance Minister.

Addressing a press conference after the cabinet meeting, Finance Minister Nirmala Sitharaman said the fund will provide relief to developers with unfinished projects and ensure delivery of homes to buyers.

The minister said over 1,600 housing projects are stalled and about 4.58 lakh housing units are stuck in it. She said the fund will be set up as a Category-11 AIF (Alternate Investment Fund) debt fund registered with SEBI and would be professionally run.

For the first AIF under the Special Window, it is proposed that SBICAP Ventures Limited shall be engaged to be the Investment Manager. She said State Bank of India, Life Insurance Corporation and other institutions will make further contributions and the corpus of the fund will go beyond Rs 25,000 crore.

"The government is giving Rs 10,000 crores. We have spoken with SBI and LIC so on which together will also put money. I think it will touch Rs 25,000 crores. There are a lot of sovereign funds which have expressed their interests to come into it. Gradually, we will keep adding to AIF corpus," she said.

The minister said that the money will be put into an escrow account to fund incomplete housing projects.

"For these incomplete projects, we will put money into an escrow account. Those incomplete projects registered with RERA will get funded for the last finishing projects after assessing their net worth if it is positive. The money will be given in stages. So, people will not have to worry about projects getting completed or not," she said.

Sitharaman announced that those projects which are declared NPAs (non-performing assets) can also get benefit under the new scheme.

"If the project is declared NPA even then they can get benefit from this. Earlier, we came up with two conditions- those who are under NPAs and NCLT can benefit. In NCLT, if the project is not declared as liquidation worth, they are eligible to come under the scheme," she said.

The minister said the move will help relieve financial stress faced by a large number of middle-class homebuyers who have invested their hard-earned money in housing projects.

"The main intention is to complete the stalled projects in the affordable and middle-income housing category," she said.

Sitharaman also said that the Investment Manager will be responsible to ensure that the funds are used only for construction through appropriate safeguards mandated by RERA and also through the deployment of external project monitoring agencies.

She said the creation of a special window for housing projects would revive the real estate sector and generate considerable employment.

The Special Window will also cover projects that are classified as NPA or where NCLT proceedings have already started, but the project meets the other eligibility criteria.

The release said that the decision is aimed to restore trust between buyers and developers and boost the sentiments of the housing sector as a whole and release a large number of funds stuck in these projects for productive use in the economy.

"Besides, the revival of the sector will also lead to the demand of cement, iron and steel industries giving further impetus to generate more employment. This initiative will have a positive effect in releasing stress in other major sectors of the Indian economy as well," it said.

The release said that the real estate industry is intrinsically linked with several other industries and growth in the sector will have a positive effect in releasing stress in other major sectors of the Indian economy as well.

"The Special Window is being structured as an AIF to pool investments from other government-related and private investors including public financial institutions, sovereign wealth funds, public and private banks, domestic pension and provident funds, global pension funds and other institutional investors. The fund is therefore expected not only to support the sector but also generate a commercial return for its investors," it said.

Funds created under the Special Window will be set up as priority debt funds.

"A detailed Investment Policy will be laid down to guide the selection of projects to be financed through a detailed due-diligence process that will include legal due-diligence, title due diligence, micro-market analysis and financial analysis. The final decision will be taken by the Investment Committee of each Fund comprising of experienced professionals and industry experts," the release said.

Sitharaman had in September announced that a special window for affordable and middle-income housing will be created which will provide last-mile funding for housing projects which are stressed.

Subsequently, inter-ministerial consultations and several stakeholder consultations were held with the housing industry including housing finance companies, banks, NBFCs, investors, and real estate developers. Problems being faced by homebuyers, developers, lenders, and investors were ascertained that could be addressed through the Special Window, the release said.