Google Maps marks Kashmir's 'disputed' when seen from outside India 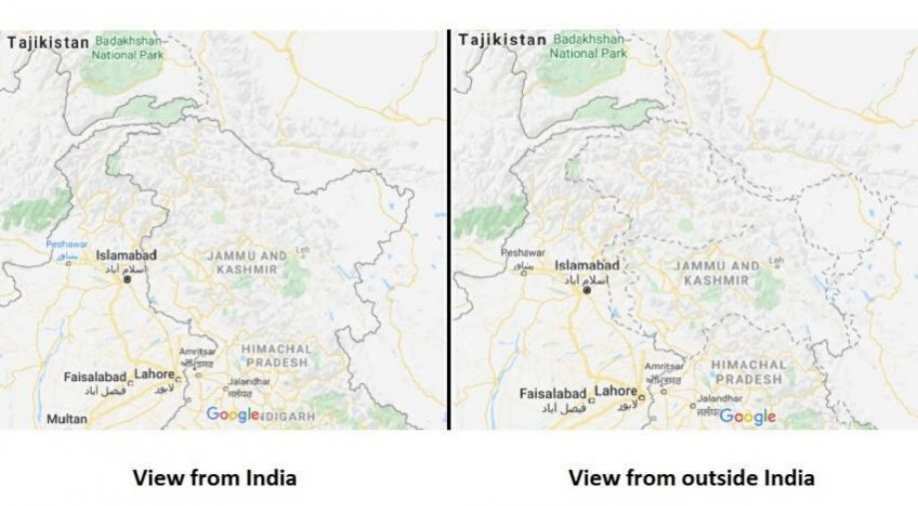 As for India's position, it has always been clear, Kashmir is an integral part of the country.

The world we live in is based on consensus. The world community agrees on certain fundamental things like history, or in this case, maps.

But Google seems to disagree.

If you are using Google maps in India, you'll see that the whole of Kashmir is marked as Indian territory. But the moment you leave the country, your map will also change.

For the global audience, Kashmir is marked with a dotted line which supposed to indicate that Kashmir is a disputed region.

As for India's position, it has always been clear, Kashmir is an integral part of the country.

But Google's dual maps cut directly at the root of India's territorial integrity.

There is no one yardstick that Google uses to draw maps. According to some Google employees, they take into account the opinion of diplomats and even company executives.

On multiple ocassions, Google had changed its border depictions after facing a backlash.

The move creates a lot of confusion for its users.

Take the example of a Russian citizen who is using Google maps in Moscow. For him, Kashmir will look like a disputed region on the map.

But the Russian government actually recognises Kashmir as an integral part of India.

Then there is also the issue of goodwill.

In January 2020, 98 per cent of all internet users in India were using Google. In the last financial year, their profits from India were up 16 per cent.

Unlike in other countries, Google has had a hassle-free experience in India.

But instead, Google has directed its goodwill towards China.

A country that has essentially banned the service within its borders.

And yet, all google services including Google maps stay within the limits of what the Chinese government says.