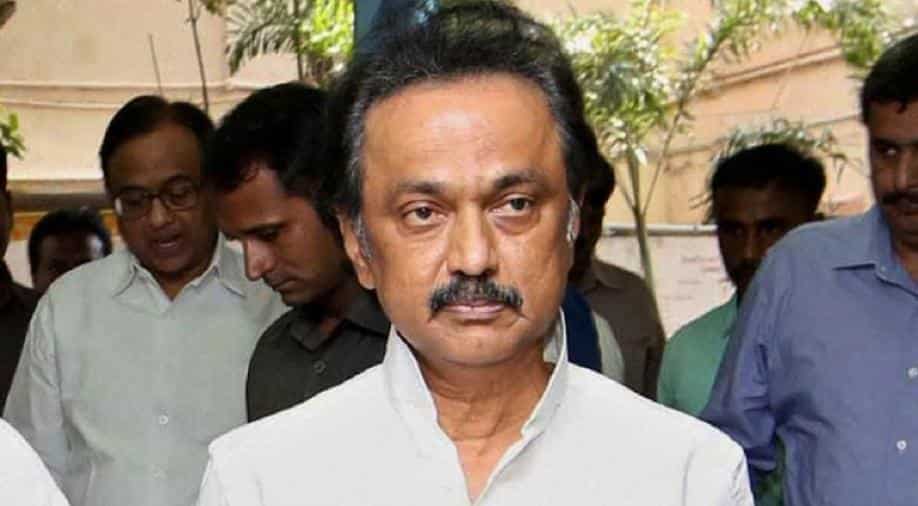 The hashtag #GoBackStalin has been trending with more than 150,000 tweets and is perhaps the first time that a Tamil Nadu Chief Minister is facing this trend when touring a district of his home state

Following allegations of Tamil Nadu’s western belt being ignored by the ruling DMK, Tamil Nadu Chief Minister who is touring the region is facing the wrath of angry netizens and political opponents on Twitter.

The Western belt which is locally known as the ‘Kongu Belt’ is an AIADMK stronghold and largely voted against the ruling DMK. Coimbatore, the second-largest city in Tamil Nadu and an industrial hub is situated in the Kongu belt region.

However, this region is said to have been allocated far fewer vaccines than Chennai. Coimbatore is also now the city with maximum COVID-19 cases in Tamil Nadu.

Leaders from the opposition parties, BJP and AIADMK, have been pointing out the high number of deaths and spike in cases in Coimbatore when compared to Chennai, which is now seeing a daily decline in COVID-19 numbers.

The hashtag #GoBackStalin has been trending with more than 150,000 tweets and is perhaps the first time that a Tamil Nadu Chief Minister is facing this trend when touring a district of his home state.

DMK sympathisers countered the trend by using hashtags #Welcome_TNCM_Stalin, #WelcomeStalin and also by sharing videos of the Chief Minister wearing a PPE Suit, during a hospital inspection in Coimbatore on Sunday.

In October 2020, as Leader of Opposition Stalin had paid homage to freedom fighter and spiritual leader Muthuramaliga Thevar’s memorial in Ramanathapuram. Back then too, #GoBackStalin had trended on Twitter. Many from the AIADMK and BJP had lashed out at the DMK saying that they had nothing to do with Thevar's ideals of Nationalism and Spiritualism.

Currently, Tamil Nadu is reporting nearly 31,000 COVID-19 cases everyday, whereas the daily recoveries are around 30,000. The southern state is recording the maximum COVID-19 cases in India. Daily deaths being reported are over 450 for the past few days and over 23,000 persons have lost their lives to the pandemic. Active cases in the state are over 310, 000.

While the cases in the capital city Chennai have come down from nearly 7,000 to 2,500, it is the second largest district Coimbatore that is seeing a spike. Coimbatore, the Western district is now witnessing over 4,700 daily cases.