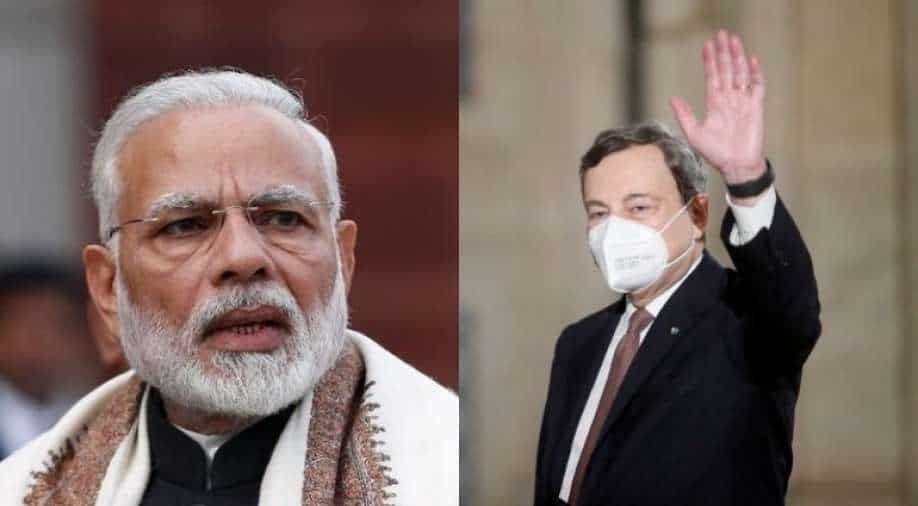 During the talks, the two leaders also discussed issues such as climate change and in that context, exchanged views on other forthcoming multilateral engagements too, such as COP-26 that will take place in November

Italy is the chair for G20 this year and will host all meetings of the grouping this year, including the leaders' summit in October. The idea of a special meet on Afghanistan, which is an Italian Idea, is being discussed with several other G20 member countries as well.

A readout from Indian PMO on telephonic call said, "The leaders discussed the recent developments in Afghanistan and its implications for the region and the world". While condemning the terror attack at Kabul international airport last week, the readout said that the leaders, "stressed upon the need for international cooperation, including at the level of the G20, in addressing the humanitarian crisis and long-term security concerns arising out of the developments in Afghanistan."

During the talks, they also discussed issues such as climate change and in that context, exchanged views on other forthcoming multilateral engagements too, such as COP-26 that will take place in November. Draghi is the second leader with whom PM Modi has spoken to since the fall of Kabul to Taliban on August 15. Earlier, he had conversation with Russian President Vladimir Putin.

Meanwhile, White House spokesperson Psaki, in response to question on G20 meet on Afghanistan, directed it to state department pointing to "planned engagements with international partners in the coming days."

This is not the first-time a special meeting by G20 is being organised on international crisis. Last year, under Saudi leadership, G20 hosted special leaders level summit to deal with the Covid crisis.