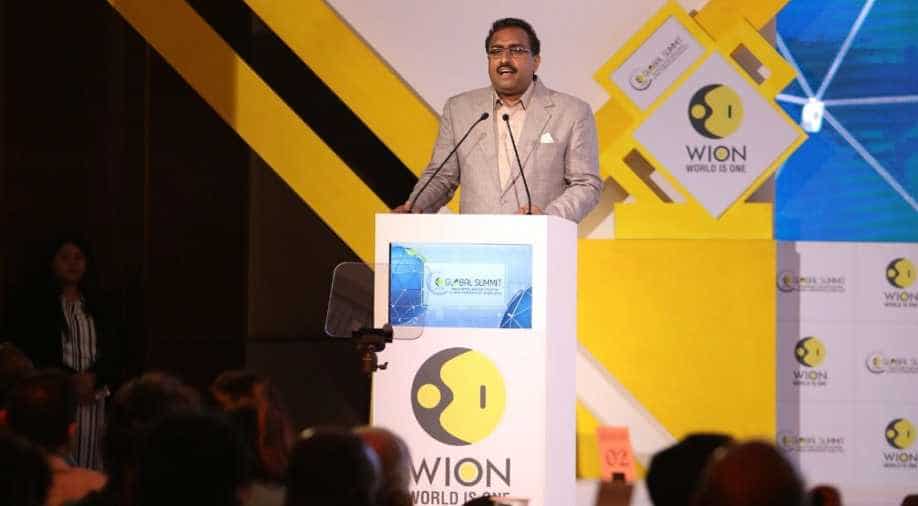 We are loved by many; hated by some, but can be ignored by none.

The old reticent and romantic India is no more. Under Prime Minister Modi, India has emerged as a pragmatic and proactive nation... more importantly, we are an ambitious nation today. Our ambition is to rise as an influential and responsible global power.

The world in the 21st century is multipolar. India, with its 1.3 billion population, vibrant democratic institutions and a nearly $3 Trillion economy, the 5th largest in the world, is today an important pole. India is playing a key role with renewed confidence on the global theatre.

We are loved by many; hated by some, but can be ignored by none.

The institutions of global governance like the UN, UNSC, Brettenwoods institutions etc were all drafted in the last century when the world was divided into two opposing camps. The efficacy and efficiency of these institutions have eroded with the changing world and the emergence of multipolar world order. It is much more pronounced in India’s neighbourhood than anywhere else. We have serious challenges posed to multilateral agreements like the Geneva Convention or the UNCLOS regulations in our immediate neighbourhood.

India believes that time has come for the world to revisit these institutional frameworks so that they can remain relevant in the 21st-century world. Most important reform needed to make the nations of the new world like India and the ASEAN greater stakeholders in them.

India lives in a neighbourhood that has emerged as the 21st-century powerhouse. The Indo-Pacific region is the most happening region in the world today. It was Pacific-Atlantic in the last century, but the global power axis has moved away from there in this century and is relocated today in the Indo-Pacific region.

The Indian Ocean has emerged as the epicentre of global trade. Close to 50% of the world’s container traffic and 70% of the energy routes pass through this region today. It is here that the world’s largest as well as the fastest-growing new economies are situated. It is here that populations with purchasing power exist. On a different note, it is in this region that you will find the highest number of warships and submarines roaming about. Highest defence spending happens here.

India’s Act East - Act Fast is a key foreign policy dimension of it. As an important power in the region, India is committed to managing the affairs of the region on the principles of inclusivity, freedom of navigation and overflights, and open and secure trade lines. Countries in this most happening region must give up oneupmanship in their policy initiatives and follow the principle of stakeholdership. Nothing should be thrust on other countries as a fait accompli.

Lastly, India’s grand arrival on the global stage can very well be testified by the confident de-hyphenated approach that it adopts in bilateral relations. Prime Minister Modi has initiated it and the world leaders follow today.

India’s success in this policy of de-hyphenation can be gauged from the fact that we have strong stand-alone bilateral ties with the US and Russia; we are friends with the Saudis as well as the Iranians; while our relations with the Israelis have grown substantially, we firmly stand by the just demands of the Palestinians as well.

Prime Minister Modi displayed a unique leadership quality of building strong interpersonal relationships with many important world leaders including President Xi Jinping of China, President Putin of Russia and President Trump of the US. It has helped in all these countries too in de-hyphenating India in their bilateral relations. The stand-alone two-day visit of President Trump to India ten days ago is the latest example.

Prime Minister Vajpayee described the US and India as natural allies. We have strong bilateral trade and people-to-people relations. Close to 4-million strong Indian diaspora is an important bond between our two countries. But the relationship at present is more than that. The upgraded US-India relations are a defining one for both the countries and also the larger world in the 21st century.

We must not overlook the fact that the early decades of the 21st century have witnessed the rise of authoritarianism, terrorism and anarchist liberalism in the world. The world is becoming less democratic. In such a scenario, the coming together of the world’s oldest and richest, and the world’s largest and most successful democracies signifies a coalition of nations to fight against these tendencies. Together, the two countries can work towards global peace, democratic liberalism and universal prosperity.

Unlike in the past few decades, India is now eager to play a bigger role in the 21st-century global governance. Our hosting of the G-20 heads of nations summit in 2022 is the proof that India has arrived.