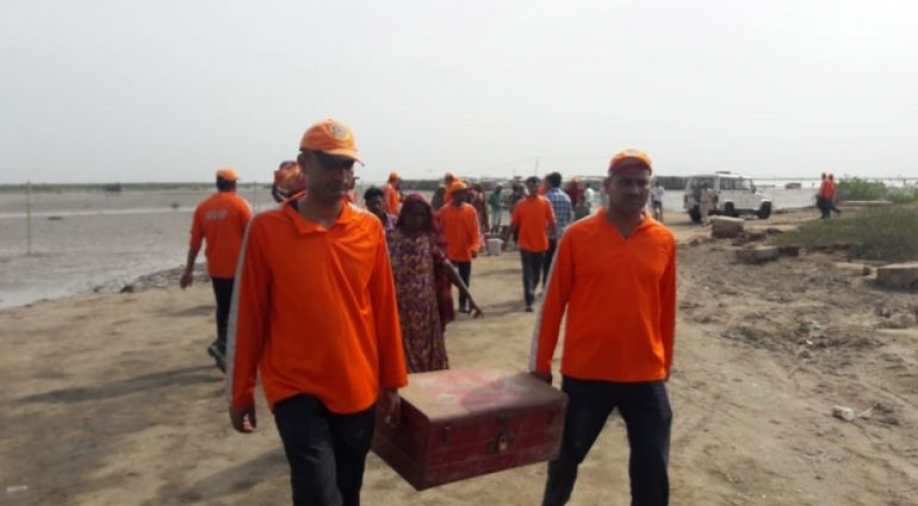 Around 2.15 lakh people have been shifted and more than 500 villages have been evacuated from the coastal regions.

Senior management of AAI took stock of the preparedness of airports in Gujarat today through a video conference on Wednesday.

As per the technical circular issued by AAI, this is done keeping safety in mind and in order to minimise damage to the airport infrastructure and to avoid inconvenience to any of stakeholders including passengers, AAI The Regional Executive Director (Western Region), AAI and all Airport Directors in Gujarat have been advised to be in readiness to handle any exigency occurring out of this natural calamity and to issue appropriate NOTAM action.

Equipment and heavy machinery have been moved to safety at respective airports and the Airport Directors of AAI's Bhuj and Jamnagar Airports have been asked to write to the Indian Air Force to suspend operations of civil flights from these two airports also.

A decision in respect of suspending operations at AAI's Surat Airport will be taken after analysing the weather.

As per the latest information received, a total of 27 flights got diverted till 7:50 pm today.

'Vayu' is expected to make landfall as Very Severe Cyclonic Storm in the south of Veraval and Porbandar on Thursday, the IMD said on Wednesday.

"Cyclones are naturally formed in the sea and they are formed due to the low pressure of the wind. VAYU has intensified and moved ahead towards North. Vayu's intensity is of a severe cyclonic storm. It is moving in the northern direction. Tomorrow it is expected to touch Gujarat's coast. Heavy rain would take place," he added.

"We are estimating that what impact can the cyclone have. On June 16 and 17, Delhi would see a rainfall. Our meteorological centre in Ahmadabad is very closely in contact with the Gujarat government.

Around 2.15 lakh people have been shifted and more than 500 villages have been evacuated from the coastal regions.

"People are also supporting us in the evacuation process. From midnight police will be patrolling the vulnerable areas. According to IMD, Vayu cyclone is far away, around 280 km from Veraval and 360 km away from Porbandar," Pankaj Kumar, Additional Chief Secretary, Gujarat Revenue Department said.

36 teams of NDRF are deployed and 11 more team is ready. Nine teams of SRDF, 14 companies of SRP, 300 marine commandos have also been deployed. Besides 9 helicopters have also been placed at strategic points, the Coast Guard said.

Meanwhile, National Disaster Response Force (NDRF) in a statement said that it has deployed its 40 rescue and relief teams along the coastal areas of Gujarat and Diu in the wake of anticipated cyclonic storm Vayu.

In addition, 6 NDRF teams each are being airlifted from Patna Airport and INS Rajali to Gujarat. This will raise the number to 52 teams in Gujarat (47 teams) and Diu (05 Teams) for assisting the local administration in rescue and relief work.

Director General, NDRF is regularly coordinating with the concerned authorities for an effective response during the anticipated cyclonic storm, the statement said.

The cyclone is expected to touch Gujarat coast between Porbandar and Mahuva around Veraval and Diu region as a severe cyclonic storm with a wind speed of 110-120 kmph gusting to 135 kmph on the morning of June 13.

Cyclone Vayu is likely to cause heavy rainfall in the coastal districts of Gujarat along with storm surge, which may cause inundation in the low lying coastal areas of Dwarka, Porbandar, Junagarh, Diu, Gir, Somnath, Amreli and Bhavnagar districts at the time of landfall.