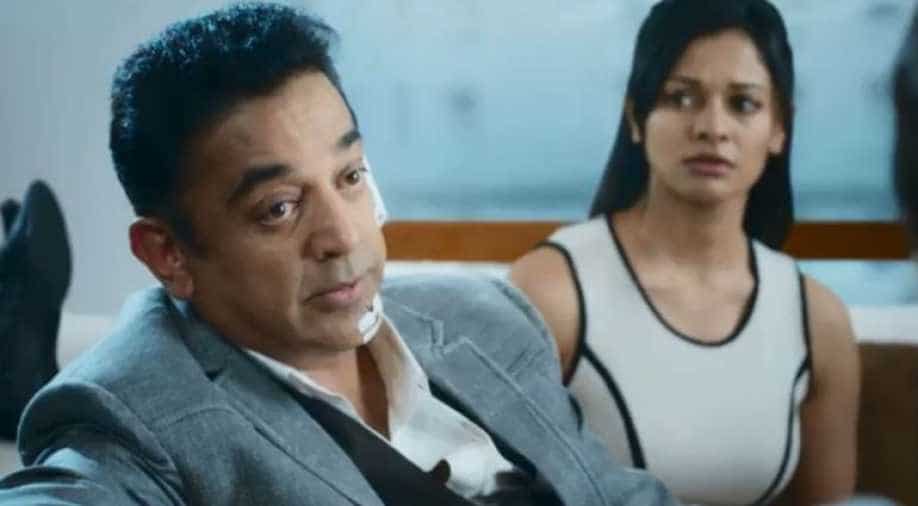 A film production company moved the Madras High Court today to stall the release of Kamal Haasan-starrer "Vishwaroopam 2", which is scheduled to hit the screens on August 10.

Pyramid Saimira Productions International moved a civil suit against Haasan for recovery of Rs 5.44 crore paid to his production house, Rajkamal Films International, for producing a film titled "Marmayogi" in Tamil and Hindi.

According to the petitioner, they had signed a memorandum of understanding with Rajkamal Films on April 2, 2008 for the production of "Marmayogi" at an estimated budget of Rs 100 crore.

Subsequently, an amount of Rs 10.90 crore was paid to Rajkamal Films in two instalments towards the remuneration of Haasan for acting, directing and writing the story, screenplay and dialogue of the film.

It was acknowledged by the actor through confirmation letters dated September 25, 2008, the petitioner stated.

The petitioner alleged that Haasan never showed interest to commence the production of the film even after receiving the payment and instead, tried to release another film, "Unnaipol Oruvan", by diverting the money paid to him for "Marmayogi".

However, it was stalled by the petitioner by filing a recovery suit.

The court had subsequently allowed the film to be released after obtaining a bank guarantee from the actor and the suit was in the trial stage, the petitioner submitted.

"On inquires, we are given to understand that Kamal Haasan is heavily indebted to various creditors, having borrowed huge amounts from various persons to meet the production expenses of his forthcoming film, 'Vishwaroopam II'.

"Since he is not able to repay any of the creditors, he is planning to release the film through Aascar Films so as to defeat, delay and defraud his creditors, including ourselves," the petitioner said.

As an interim relief, the petitioner wanted the court to pass an injunction, restraining Haasan from releasing the film, pending disposal of the suit.

The suit is likely to be taken up for hearing tomorrow.