Europe has a lot to learn from India when it comes to immigration: Nila Vikhe-Patil to WION 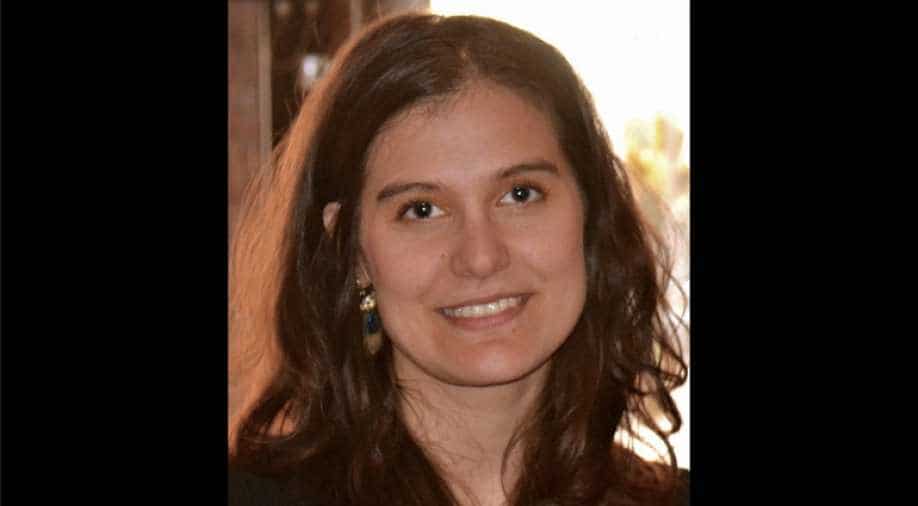 Nila Vikhe-Patil, 32, was born in Sweden and educated in Europe.

Nila Vikhe-Patil was recently appointed the political advisor to the Prime Minister's Office of Sweden and will handle taxes, budgets, financial markets and housing.

She is the daughter of leading educationist Ashok Vikhe Patil and granddaughter of late Union minister Balasaheb Vikhe-Patil who served under former Prime Minister Atal Bihari Vajpaye. Patil would be working with Stefan Lofven, the Social Democrat leader who was last month elected as Swedish prime minister, leading a Social Democrat-Green Party coalition.

Patil, 32, was born in Sweden and educated in Europe. Her father Ashok Vikhe-Patil runs Vikhe Patil Foundation which runs 102 educational institutions across Maharashtra. She speaks to WION's Kartikeya Sharma:

WION: How do you remember India?

Nila Vikhe-Patil: I go to India every year. I have many memories and new memories are added every year. It is a happy place for me as I visit India frequently on vacations. Whenever I'm in India, it is always about lot of people and lot of food with nice gathering with family and friends. I always make new friends whenever I come back to India.

WION: You have a political career in Sweden. Did you ever think of a career in India? You come from a prominent Indian political family.

Nila Vikhe-Patil: Indian politics is very different and being a woman, the scope of making an impact for me was larger in Sweden as I understand the culture and nuances of the place. In India, the culture is slightly different. For example, after the news of my appointment became public I got a lot of friend requests on LinkedIn and Facebook and they weren't professional. That is a different part of being a woman in Indian politics. I do not encounter this frequently in Sweden.

Nila Vikhe-Patil: Yes, India had a woman Prime Minister and Sweden never had one. India also has great respect for women but it is so big, diverse and complex so it is difficult to make generalisation.

WION: What is your take on Indian political scenario from outside?

Nila Vikhe-Patil: From an outside perspective, it is not very different from Swedish experience. We also had Social Democratic Party in power for 50 years and then a radical shift took place. Now we have a new Nationalist Conservative Party growing very quickly. I think it is the same in India as people want change. I'm with the Green Party. We have had difficulty in communicating the urgency of climate change and what we need to do about it. People want to have politics close to home and easy to understand which simplifies a lot of problems. Politics is getting easier and problems are getting more and more complex.

WION: How do you reconcile the imperative of economic development with sustainability, especially in context of countries which have experienced colonialism and want to make up for the lost time?

Nila Vikhe-Patil: India now has the capacity to utilise new technology and India does not need to do step-by-step industrialisation. There are no steam engines in use today. We have solar power today. Ecological concerns can be reconciled.

WION: Did you ever feel like an outsider in Sweden?

Nila Vikhe-Patil: Yes, but more in Stockholm than in my hometown. It is a small city compared to many Indian cities, but it is a big city in Sweden. People tend to simplify and categorise people more. That is a problem as most people are individuals. India is better in this department knowing that people might be different and can be put in different social and religious categories and understand that.

WION: How do you evaluate India-Sweden relationship? It seems Bofors dominate the image...

Nila Vikhe-Patil: There is Volvo and Ericsson too. Skype was a Swedish company. 160 Swedish companies are established in India right now and I hope it continues.

WION: Your father is an Indian. Today immigrant issue dominates European political narrative. What is your take on this?

Nila Vikhe-Patil: I find my Indian experience helpful as India is a complex place with many useful perspectives. Europe is like India, but India is one country and Europe is many countries. I think Europe can learn a lot from India - which is that people will settle wherever they can and will keep their culture and traditions. But everybody can still live together and respect together.

WION: Is immigration an issue in Swedish politics?

WION: The news that Sweden is preparing for war - is it media's imagination or is there some element of reality to it?

Nila Vikhe-Patil: Sweden is a very stable place. There is nothing like that. In fact, the whole Nordic region is stable.

WION: Do you have memories of Indian food?

Nila Vikhe-Patil: I do have. My father cooks very well. He cooks for me when he is in Sweden. He cooks, aaloo gobhi, dal rice, vegetable dishes and a lot of chicken curry and traditional Maharashtrian food like Bhakri. I like simple vegetarian dishes a lot.