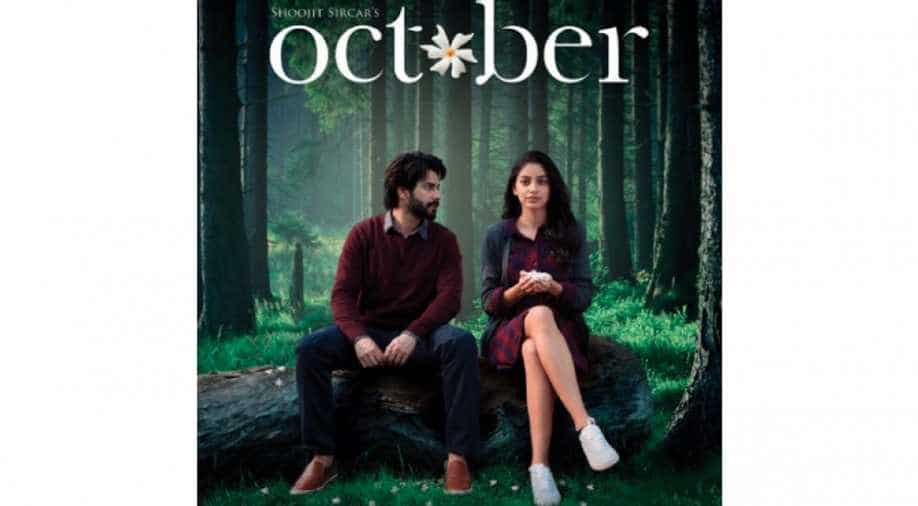 A still from October trailer. (Source: YouTube) Photograph:( Others )

Varun Dhawan launched the much-awaited trailer of his forthcoming film October along with director Shoojit Sircar and co-star Banita Sandhu. At the trailer launch, the actor said that he really needed the film in his career.

He said,  "No matter what people say but I need this film more than anyone else in my career. This film is based on honesty. I couldn't remove my shirt, couldn't act cute, nothing, so I had to be me."

In the film, Varun will be seen playing the role of a sweet yet mischievous boy who is trying to get into the hospitality industry. He will be seen as a hotel management student who is working in a five-star hotel as part of the trainee programme. Varun’s profession plays a very integral part to his character and environment in the film, which shapes up the events that follow.

Just before unveiling the poster today, the makers also released a new poster for the film.

Sharing the poster, Varun wrote:  “Sometimes the greatest way to say something is to say nothing at all but baby I can’t help myself. #OctoberTrailer out tomorrow @BanitaSandhu @ShoojitSircar @ronnielahiri @writeonj.”

The film is co-produced by Ronnie Lahiri and Sheel Kumar. Directed by Shoojit Sircar, October celebrates love, nature and the autumn season. The teaser of the film released on Valentine's Day this year.

A Rising Sun Films Production, the film is set to release on April 13.