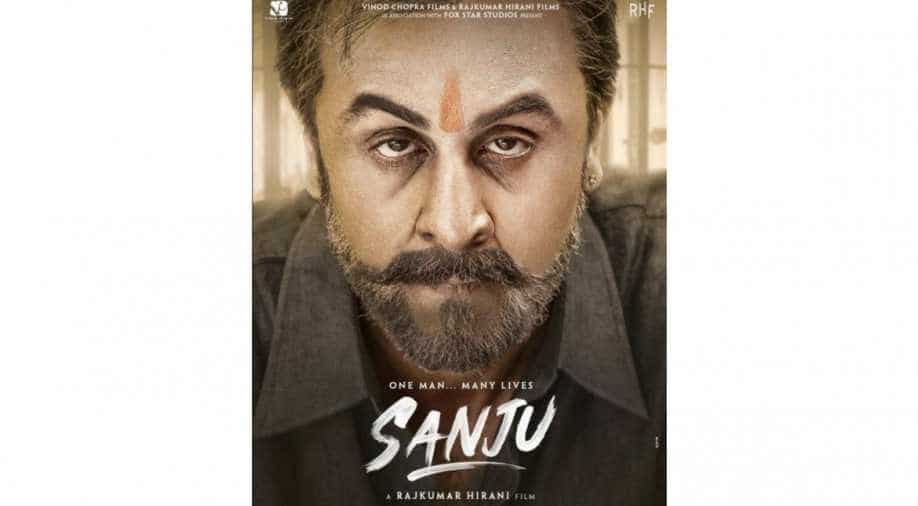 Rajkumar Hirani’s upcoming film Sanju on the life of Sanjay Dutt has been in news ever since the news of the same was revealed. Prepping for the release of the film, the makers have now released a new poster of the film, in addition to the first poster that stunned the audience.

The new poster like the previous one has a close up of Ranbir Kapoor’s face who looks uncannily similar to Sanjay Dutt of the time represented. All those who are excited with the new poster can look forward to more as the movie’s filmmaker announced on Twitter that he will now be sharing different looks of Ranbir as Sanjay Dutt. The poster shows Ranbir as Sanjay of the time when he came out of jail and returned to normal life after having completed his term. This was in 2016.

The filmmaker captioned the post: “Ranbir as #Sanju! When he came out of Jail in 2016. Watch his complete story on June 29. #RanbirKapoor #RajkumarHiraniFilms @VVCFilms @foxstarhindi"

For those who missed out, here is the teaser for the film: