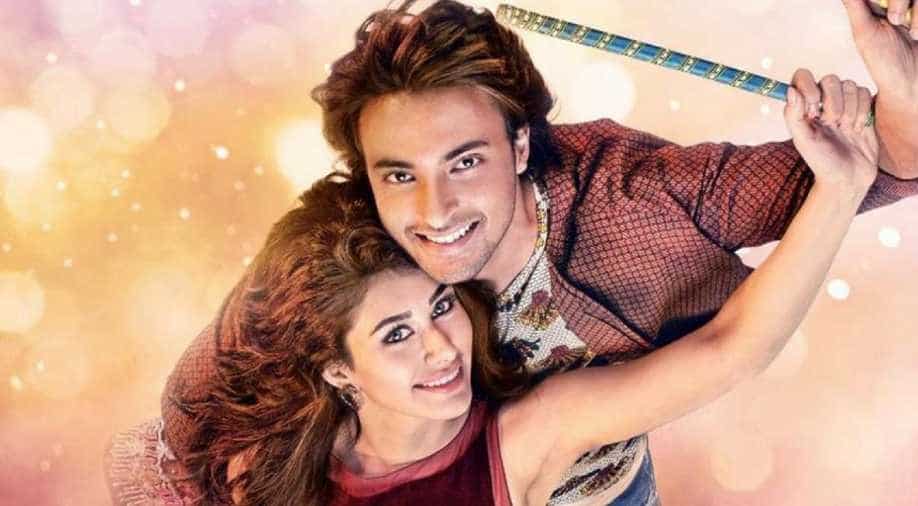 Salman Khan, the most eligible bachelor of the Tinseltown wishes his fans a 'Happy Valentine's Day' by sharing the first look/poster of Aayush Sharma's debut movie titled Loveratri.

In the poster released, the two can be seen as a garba dancing couple, smiling for the camera.

Salman recently made news recently when he announced on Twitter "Mujhe ladki mil gayi" ( I have found a girl) and later went on to explain that it was purely in the context of finding a co-star for Aayush for his debut film. The girl in question is Warina Hussain, a fresh face in Bollywood who will be starring opposite Aayush.

Warina also took to Twitter to share her excitement and wrote: “Celebrate love with the poster of #Loveratri .... This is truly very very special! A big thank you to everyone who made this happen.” while Aayush wrote: “Aaaaand it’s here!! Check out the poster of #loveratri.. Humbled, happy and excited to share it with you.”

Loveratri is scheduled for a release on September 21.