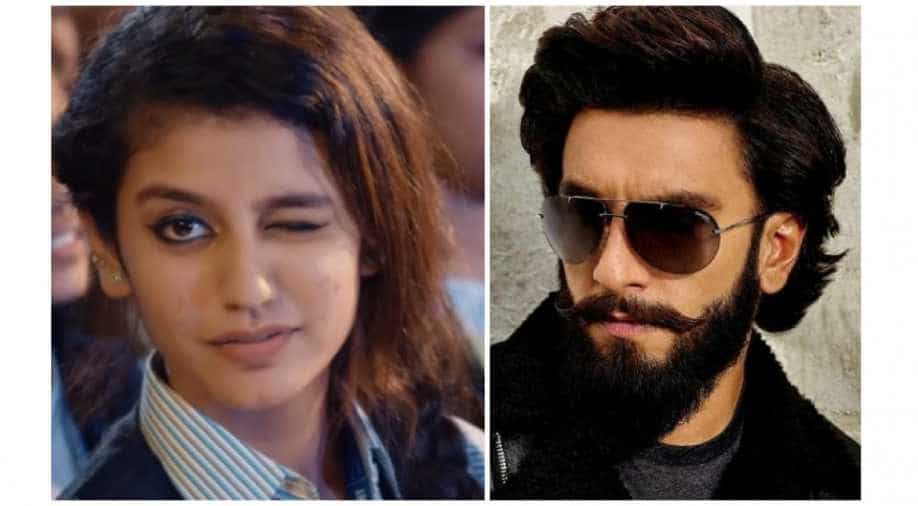 Malayalam actress Priya Prakash Varrier who caught the fancy of the internet recently with her expressions will now reportedly make her Bollywood debut opposite Ranveer Singh in upcoming flick Simmba. This comes after Priya had earlier spoken about her interest in working in Bollywood, especially stars like Shah Rukh Khan and Ranveer Singh.

As per a report published in a leading daily, the much-in-demand actress is expected to romance Ranveer Singh in Rohit Shetty's masala film.

As reported, the role of the female lead is not that important, however, filmmaker Karan Johar is keen to take Priya Varrier on board. A source in the published reported was quoted: “The girl’s role is not so big in the film. But Priya has become an overnight craze with the wink of an eye. Bollywood is interested in her. And who better equipped to consolidate Priya’s supremacy in the virtual world in the arena of cinema than Karan Johar?"

Simmba is the official remake of Jr.NTR starrer Temper, which featured Kajal Agarwal in a lead role. The film marks the first collaboration between Rohit Shetty and Ranveer Singh and is expected to go on floors soon.  It is produced by Karan Johar under his Dharma Productions.

Simmba will hit the screens on 28 December this year during the New Year weekend while Priya Varrier’s Oru Adaar Love is expected to release during Eid this year.