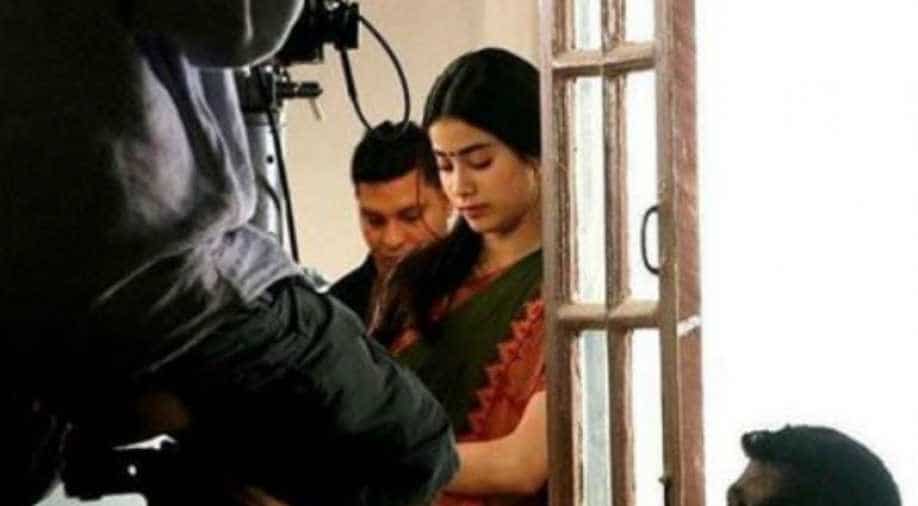 Janhvi Kapoor clicked on the sets of Dhadak. Photograph:( Instagram )

Two weeks after the sudden demise of her mother, actress Sridevi, Janhvi Kapoor has resumed work on her debut film Dhadak. The young actress was clicked on the sets of the film on Friday in which she is paired opposite Shahid Kapoor's brother Ishaan Khattar.

These pics of #janhvikapoor shot secretly yesterday on the sets of #dhadak reminds us so much of #sridevi ???? @shinde_himanshu

A post shared by Magic Events & Entertainments (@magiceventsandentertainments) on Mar 8, 2018 at 11:55pm PST

The last two weeks have been difficult for Janhvi and her family after Sridevi's sudden death in Dubai. The Kapoor family have come together and have tried to protect both Janhvi and Khushi from unnecessary criticism and trolls post-Sridevi's death.

Earlier this week, Janhvi's half-sister Anshula Kapoor organised a get together on Janhvi's 21st birthday. Almost the entire Kapoor family was in attendance.

Sridevi, along with Boney Kapoor, and younger daughter Khushi had flown to UAE for nephew Mohit Marwah's wedding three weeks back. Post the wedding, Sridevi had stayed back in Dubai to spend some time with her sister. The actress died of accidental drowning in her hotel bathtub on 24th February. Janhvi had stayed back because of her shooting schedule.

Janhvi’s fan pages also posted photo collages of her picture from the sets and one of Sridevi's look in English Vinglish. The two look incredibly similar in the photos.

Dhadak is being directed by Shashank Khaitan and is being produced by Karan Johar.