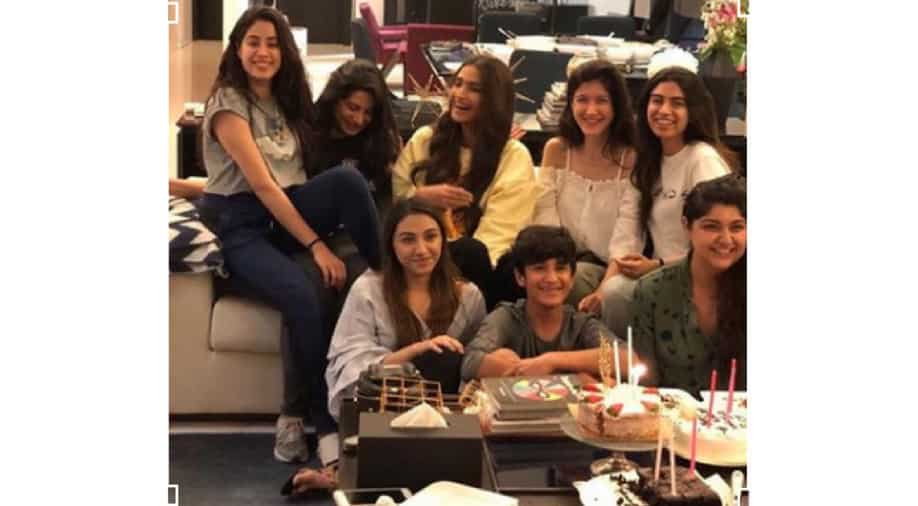 Sridevi's elder daughter Janhvi Kapoor turned 21 on March 6, one week after she lost her mother to a mishap on February 24 as her mother died in a Dubai hotel after accidentally drowning in a bathtub.

As the world mourns Sridevi's loss, Janhvi braved a strong face to come out to celebrate her birthday with family.

To cheer up the youngster, elder cousin sister Sonam Kapoor along with other girls in the family got together to bring a smile on Janhvis face on her birthday. Sonam shared a photo with all Kapoor girls and wrote: "???? ???? #kapooranddaughters ???? @sanjaykapoor2500."

In another photo shared, Janhvi's father Boney Kapoor was seen sitting right next to the birthday girl as she cut her cake with sister Khushi and cousins Sonam and Shanaya.

The get together was reportedly organised by Anshula Kapoor who a day before had shot back at those who were trolling Janhvi and Khushi. The Kapoor family came together to celebrate Janhvi's birthday and Arjun and Anshula's pad.

Earlier in the day, Janhvi spent some time with an old age home in Mumbai. Videos and pictures of her time spent with the elderlies are doing rounds on the internet as she was seen cutting a cake with them and clapping as they wished her a 'happy birthday'.

Janhvi, who was publicly seen to be very close with her mother, veteran actress Sridevi also shared a beautiful post about her mother and father's love. Read the full post here.