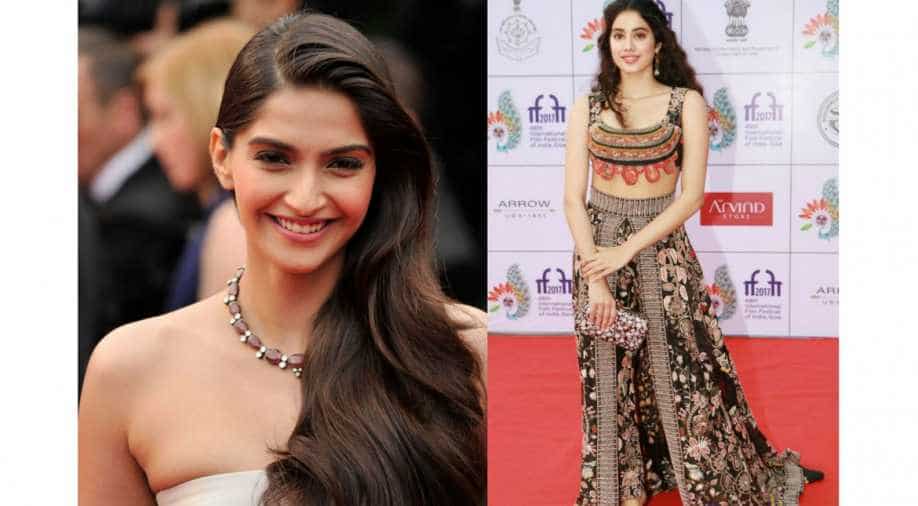 Janhvi's family and friends took to social media to write special messages for the upcoming star who recently lost her mother, Sridevi on February 24.

Cousin Sonam Kapoor shared a sweet message, calling Janhvi "a woman" on her 21st birthday while a designer friend of her late mother, Manish Malhotra shared a picture of him with Sridevi and Janhvi while calling for "peace" and "happiness".

To one of the strongest girls I know, who became a woman today. Happy birthday jannu. ❤️❤️❤️ @janhvikapoor #21stbirthday

And this is what Manish Malhotra posted:

Happy Birthday my dearest @janhvikapoor May God Bless you With Happiness Love Peace and Just Everything ..❤️❤️❤️❤️❤️❤️

A few days before her birthday, Janhvi shared a beautiful tribute for her late mother writing: "The imprint you've left on us is so strong, it might just be enough to keep us going, but never enough to be fully whole." For her fans, she wrote: "On my birthday, the only thing I ask of all of you is that you love your parents. Cherish them and devote yourself to making them feel that love. They have made you."

On my birthday, the only thing I ask of all of you is that you love your parents. Cherish them and devote yourself to making them feel that love. They have made you. And I ask that you remember my mother fondly, pray for her soul to rest in peace. Let the love and adulation you’ll showered on her continue and please know that the biggest part of my mother was the love she shared with papa. And their love is immortal because there was nothing like it in the whole world. Nothing as joyful and pure and no two people as devoted to one another as they were. Please respect that because it hurts to think anyone would ever try to tarnish it. Preserving the sanctity of what they had would mean the world not only to my mother but also to a man who’s entire being revolved around her, and her two children who are all that remains of their love. Me and Khushi have lost our mother but papa has lost his “Jaan”. She was so much more than just an actor or a mother or a wife. She was the ultimate and the best in all these roles. It mattered a great deal to her to give love and to get love. For people to be good and gracious and kind. She didn’t understand frustration or malice or jealousy. So let’s be that. Let’s be full of only good and give only love. That would make her happy, to know that even in death, she gave you all something. The courage and inspiration to fill yourselves with nothing but love and rid yourselves of bitterness in any way and form. That’s what she stood for. Dignity, strength and innocence. Thank you for the love and support everyone has shown us in the past couple of days. It’s given us hope and strength and we can’t thank you all enough.

Janhvi shared the emotional tribute with some throwback pictures of the family of four - Sridevi, Boney Kapoor and daughters Janhvi and Khushi.

Sridevi was cremated with state honours last week and her funeral was attended by most of the film industry members. Her ashes were immersed in Rameshwaram over the weekend.

Janhvi Kapoor will soon make her Bollywood debut in Dhadak opposite Ishaan Khatter. The film is produced by Karan Johar and directed by Shashank Khaitan.