Has 'Veere Di Wedding' got 'A' certificate from the Censor Board? Rhea Kapoor clears the air 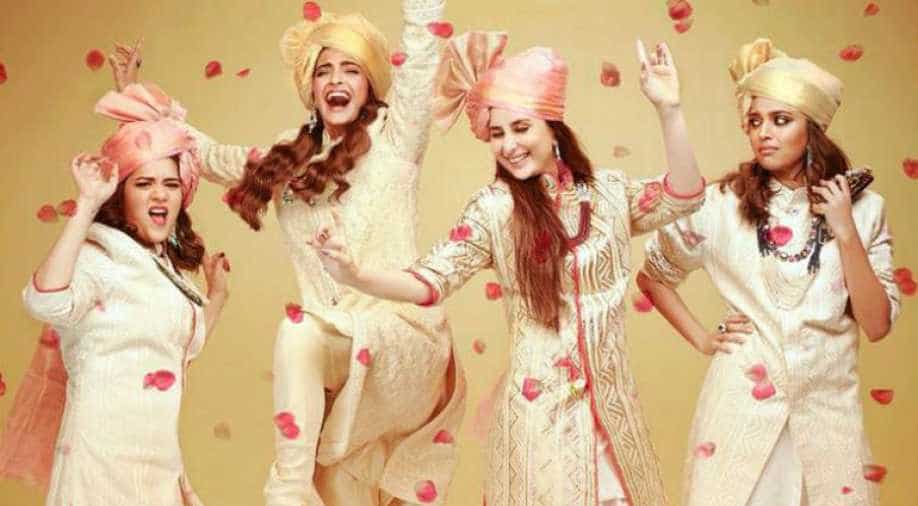 Co-producer Rhea Kapoor though has denied any trouble so far with the censor board.

The film is yet to receive a certification ahead of its June 1 release but Rhea is upbeat that the film will get clearance from the Censors board without any cuts.

Rhea, in fact, dismissed reports making rounds that because of cuss words and language used in the film, 'Veere Di Wedding' has received an `A` certificate. Rhea spoke to the media at the music launch where she was present along with the entire cast and crew on Tuesday. Here are the photos from that event.

"So far we have had no problem with the Censor Board. I don`t want to talk more about it because we still have not gotten the Censor (certificate) in our hands. Once we get it, we will issue a proper press release," she said.

Kapoor said that veteran actor Anil Kapoor, her father, had accompanied her to present the film to the censor board. "And let me tell you,... One can be certain that if we can make a film for which my father can come along, then clearly, as women none of us should be ashamed of the film."

Ekta Kapoor, who is also the co-producer of the film, added that the film has already covered its cost and they are looking at a clean run.

"Actually, I love this film. I trust the producer and I have four stellar leading women in the film. I have always picked a script which was not a hit on paper but on release became super successful," said Ekta.

To prove her point she mentioned her controversial, yet hit film, 'Dirty Picture'.

"Like when I made `Dirty Picture`, I was told this film is a flop. How can you make a film with Vidya Balan playing a heroine that too, as an item number girl?

"When the film released my mom hugged me and told me this is an outstanding film. Even this movie (`Veere Di Wedding`) has cleared most of its cost and we`re looking at a great clean run. I think I am one happy producer," Ekta said.