Aamir Khan worried about his 'Thugs of Hindostan' clash with Rajinikanth's '2.0' 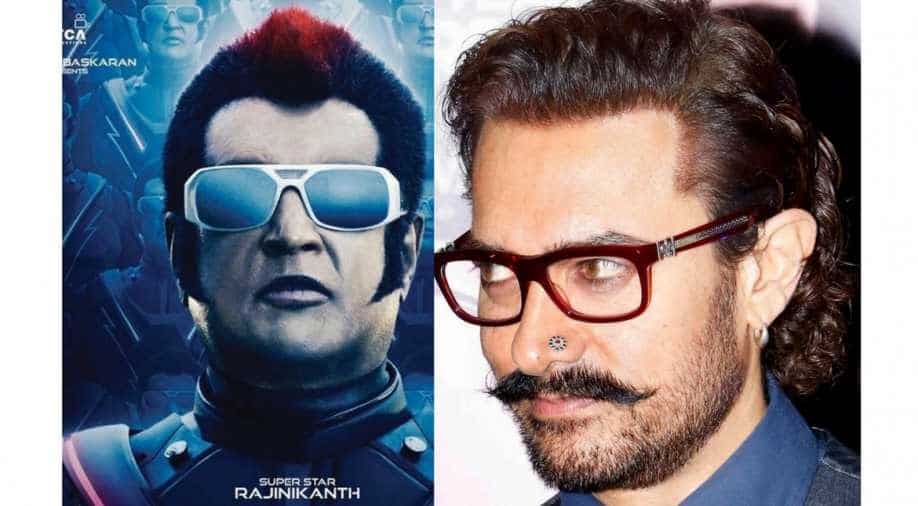 It is very common for any actor to get intimated with the superstardom of South Indian star Rajinikanth but when another superstar says that, you actually feel the weight of Thalaiva.

Aamir Khan while talking about his film with the media on his 53rd birthday feared that his upcoming film "Thugs of Hindostan" might clash at the box office with Rajinikanth's "2.0"  this Diwali.

Addressing the issue, Aamir said, “I hope that 2.0 does not release with us or else, we will face problems. Rajinikanth is a big star and I respect him a lot."

The superstar has spoken about the clash previously too, when in an interview with a leading daily, he said, “See, it comes back to the same problem that we have only 5,000 screens in India. Any producer of a big film would want the maximum screens for it. So, a clash definitely affects the films. As far as possible, that should be avoided. But sometimes, it isn’t possible to avoid."

Rajinikanth starrer "2.0" is a sci-fi thriller, helmed by S Shankar. The film is a sequel to the 2010 release "Enthiran" and will see Rajini reprise his Chitti role. It also has Akshay Kumar in the lead.

"Thugs of Hindostan" is an action-adventure produced by Aditya Chopra. The film will see Aamir Khan with Amitabh Bachchan, Katrina Kaif and Fatima Shaikh.