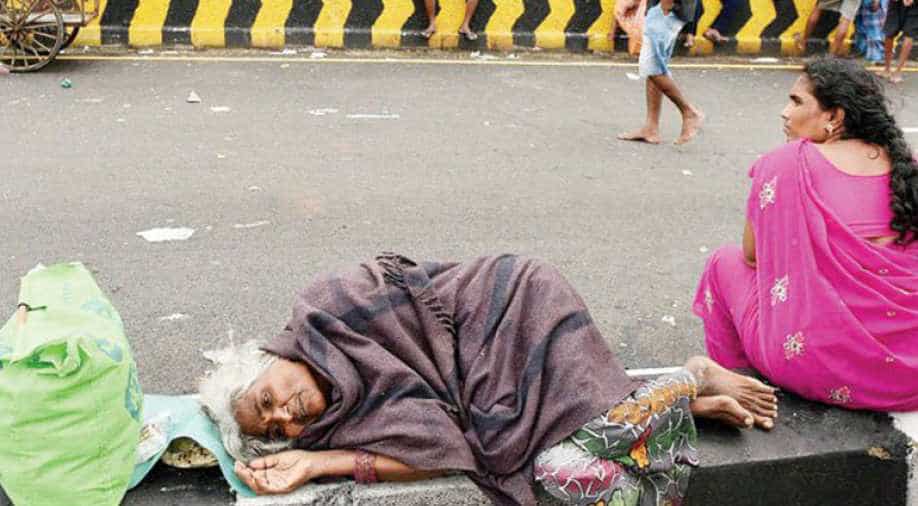 The reasons for people refusing to shift to night shelters are considered to be unhygienic conditions, fear of theft, lack of space, and brawls involving junkies. Photograph:( Zee News Network )

Delhi Shelter authorities have claimed that they failed to persuade 1,100 homeless people to shift to night shelters from streets.

The government was informed that roughly 1,167 people across the city have rejected attempts of shifting them to night shelters, by rescue teams.

The Delhi Urban Shelter Improvement Board (DUSIB), which deploys the rescue teams, has written to the city government's revenue department apprising it of the situation.

A letter was sent to government informing that around 1,167 people across the city have rejected attempts of shifting to night shelters by rescue teams.

In that letter, it was also mentioned that people who were displaced from Kathputali colony JJ colony which was recently demolished by Delhi Development Authority have been spotted.

The reasons for people refusing to shift to night shelters are considered to be unhygienic conditions, fear of theft, lack of space, and brawls involving junkies.

According to a list attached to the letter, the numbers are 200 near the ISBT, 200 near AIIMS, 150 in Safdarjung, 50 near Gurdwara Bangla Sahib and 20 near Hanuman Mandir.

Delhi was experiencing cold waves since New Year's day due to the snowfall in Himachal Pradesh, there were media reports saying that more than 40 people have been died in Delhi because of the cold.

However, CEO of  DUSIB denied reports of anybody dying from cold and said that such deaths cannot be associated with cold as they happen in summers also.

Overall above 100 deaths have happened in Northern India in this winter due to severe cold of which more than 70 people died in UP only.

Currently, DUSIB's 261-night shelters, run through NGOs on a contract basis, have a capacity to house 20,934 people. Singh claimed the peak occupancy during nights this winter season has been 13,810.
Of the 261 shelters, 83 are concrete structures, 115 are portacabins, while the rest, save one, are tents.

Every night, a subway near AIIMS is thrown open for the families of outstation patients thronging the premier hospital to take shelter.