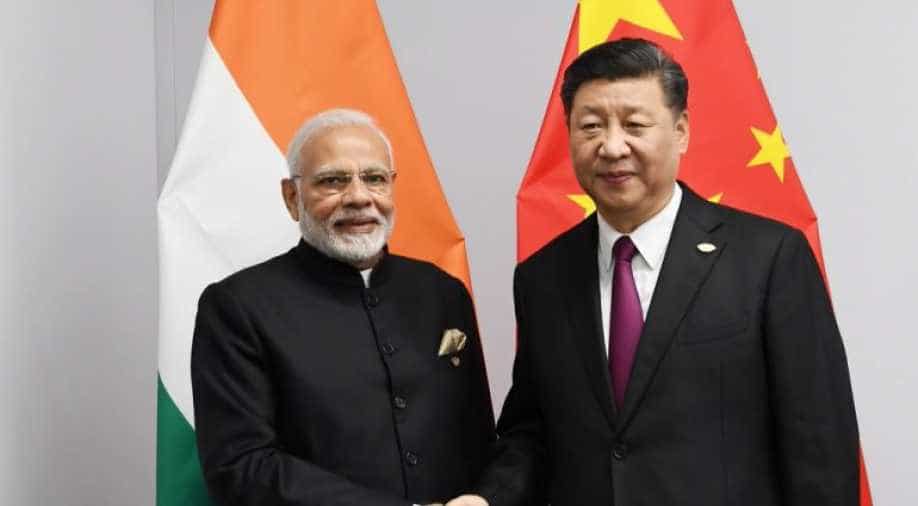 Gokhale said that the prime minister informed president Jinping that all efforts with Pakistan 'have been derailed'.

Gokhale said that the prime minister informed president Jinping that all efforts with Pakistan "have been derailed".

PM Modi on Pak to Chinese Prez: we have made efforts and these have been derailed. Pak needs to create an atmosphere free of terrorism and did not see anything of this sort happening. https://t.co/CCvkNYlALd

Gokhale noted that the prime minister, during his talks with the Chinese President, said, "Pakistan needs to create an atmosphere free of terrorism, India expects Pakistan to take concrete action".

PM noted what had improved between the two sides is strategic communication and in that context, we have been able to resolve long pending issues like the opening of Bank of China branch in India and the issue related to the listing of Masood Azhar, Gokhale stated.

Gokhale informed that Jinping has confirmed a visit to India later this year and that PM Modi has proposed to hold 70 significant events - 35 each in China and India - next year to mark the 70th anniversary of the establishment of India-China bilateral ties.

"External Affairs Ministers of both the countries have been tasked to discuss and develop the course of the same," Gokhale added.

He informed that both the leaders held a brief discussion on the boundary dispute and maintained that special representatives of India and China will meet on the issue and carry out a solution that would be "fair and mutually acceptable".

Prime Minister Narendra Modi and Chinese President Xi Jinping are slated to meet again at the G20 Summit, the BRICS Summit and during an informal summit that is slated to take place later in the year.

On Friday, PM Modi will participate at the SCO meet in the morning and will have a bilateral meeting with Iran's President Hassan Rouhani and Kyrgyzstan's President Sooronbay Jeenbekov. He will also have many pull-aside meeting with leaders of several countries but none with Pakistan Prime Minister Imran Khan is expected.