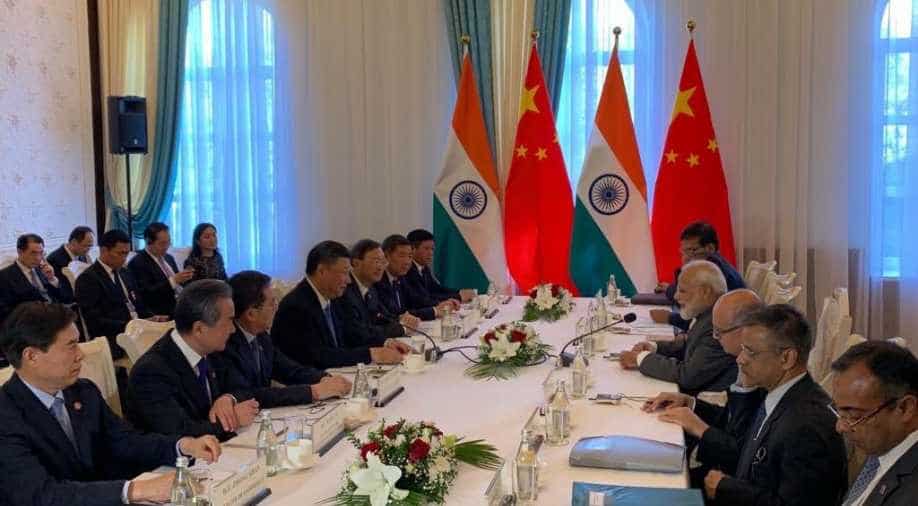 Modi and Xi held a bilateral talks on the sidelines of SCO summit in Kyrgyzstan.

Prime Minister Narendra Modi on Thursday told Chinese President Xi Jinping that the relationship between the two countries has strengthened.

PM Modi and Xi held a bilateral talks on the sidelines of SCO summit in Kyrgyzstan. This was the first meeting between the two leaders after Modi's re-election following the stunning victory of the BJP in the general elections in India last month.

"After the election results in India, I got your message, and today again you wish me on the victory, I am very grateful to you for this," Modi replied.

PM Modi also mentioned about Wuhan informal summit and said there has been "improvement in strategic communication" between the two countries after the summit.

"After our meeting in Wuhan, we have seen a new momentum and stability in our relations. There has been a rapid progress in the strategic communication between the two sides, leading to be more sensitive towards each other's concerns and interests. And there has been new areas for further cooperation since then," Modi told Xi.

The 2018 Wuhan summit between Prime Minister Modi and President Xi was largely credited to have turned around the bilateral relations soured by the 73-day Doklam stand-off, triggered by Chinese troops attempts to build a road close to Indian border in an area also claimed by Bhutan in 2017.

After the Wuhan summit, both the countries stepped up efforts to improve relations on different spheres including the military-to-military ties.

The two leaders have met more than 10 times in the last five years, out of which four meetings happened in 2018, starting with informal Wuhan summit in April followed by bilateral meetings on the sidelines of SCO, BRICS and G20. The Chinese president will be coming to India later this year for the second informal summit.

On Friday, PM will participate at the SCO meet in the morning and will have a bilateral meeting with Iran's President Hassan Rouhani and Kyrgyzstan's President Sooronbay Jeenbekov. He will also have many pull-aside meeting with leaders of several countries but no pull aside with Pakistan Prime Minister Imran Khan is expected.