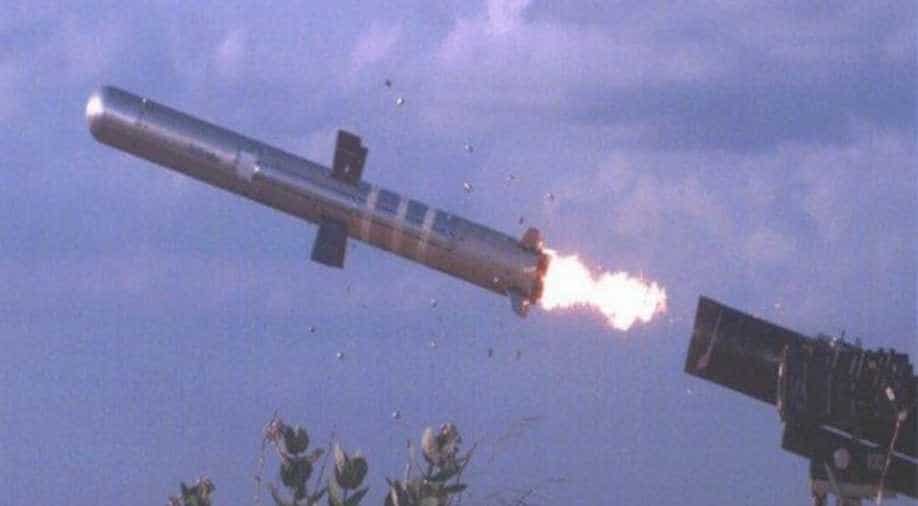 This was the third successful test-firing of the 100 per cent indigenous ATGM which is being developed for the infantry battalions of the Indian Army.

This was the third successful test-firing of the 100 per cent indigenous ATGM which is being developed for the infantry battalions of the Indian Army who would use them for taking out the enemy tank and other armoured vehicles during war times.

Buoyed by the success of the missile test-firing, DRDO chairman G Satheesh Reddy told ANI that it was a major success for the missile project and India has become self-reliant in the field of anti-tank guided missiles.

"The missile hit the target in top attack mode and destroyed it with precision. All the mission objectives were met," he added.

The missile is incorporated with state-of-the-art Infrared Imaging Seeker along with advanced avionics.

The test paves the way for the Army to have developed third-generation man-portable ATGM indigenously, the spokesperson said.

Currently, the Indian Army uses the imported Milan 2T and Konkurs Russian anti-tank missile in the infantry but they are vintage missiles and the force is looking for a third-generation ATGM.

The Army recently had proposed to buy 3000 Milan 2T ATGMs as a stopgap arrangement.

The Indian Army requires around 70,000 ATGMs of various types and around 850 launchers of different types.

It is planning to procure third-generation ATGMs with a longer range than that of its existing Milan-2T and Konkurs ATGMs.

Army Chief General Bipin Rawat has also provided full backing and support to the indigenisation efforts of the force.

Last year, the government had decided to scrap a programme to buy the Spike ATGM from Israel keeping in mind the development made by DRDO in this regard.