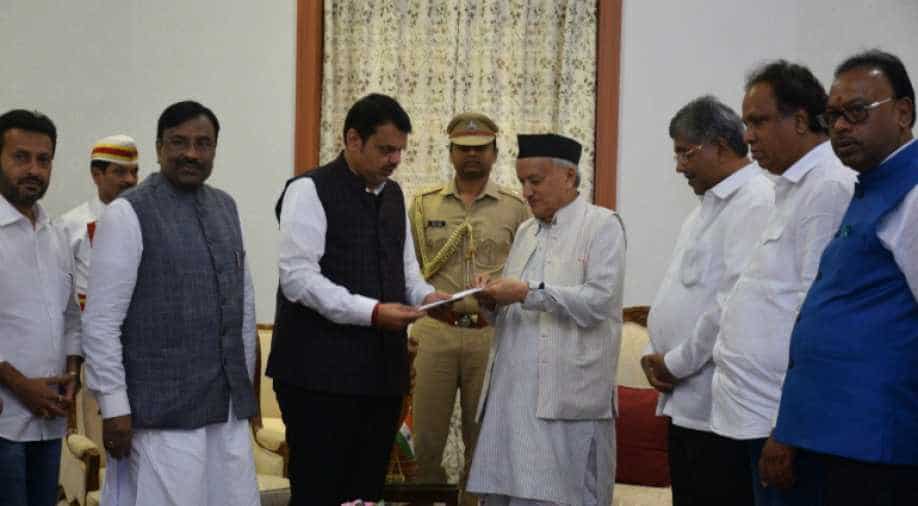 Maharashtra CM Devendra Fadnavis resigned as the CM of Maharashtra on Friday. Fadnavis submitted his resignation to Maharashtra Governor Bhagat Singh Koshyari at the latter's residence Raj Bhavan in Mumbai.

Fadnavis will, however, be the caretaker CM of Maharashtra till the next government is not formed. He is not entitled to take any governance-related decision.

Addressing a press conference after his resignation, Fadnavis again claimed that it was never decided that for 2.5 years each the CM post will be shared. "There was never a decision on this issue. Even Amit Shah and Nitin Gadkari said this was never decided," Fadnavis said.

On BJP's alliance with Shiv Sena, Fadnavis said that he tried calling Shiv Sena chief Uddhav Thackeray but he didn't pick up the call.

Earlier in the day, NCP chief Pawar again clarified that BJP and Shiv Sena got the mandate and they should form the government. However, Shiv Sena's senior party Sanjay Raut leader again met Pawar at his residence.

On November 7, Shiv Sena shifted its MLAs to a hotel in Mumbai. Political parties shifting elected members to a hotel or resort is an exercise that is observed in India in recent times to avoid poaching. Reports also appeared that senior BJP leader Nitin Gadkari taking over as CM but Gadkari later cleared the air that he is not willing to take that job. Gadkari is also seen as someone to break the impasse between the Sena and BJP.

The state of Maharashtra is facing a political crisis as long-time allies Shiv Sena and BJP have locked horns over the post of CM. Shiv Sena claims that both the parties agreed before the elections on the 50:50 formula where CM's of both the parties will have an equal tenure. However, BJP denies this argument and backs Devendra Fadnavis as CM for next term.

A demand to make Aaditya Thackeray, son of Uddhav, as the CM has also been rising from the Shiv Sena party leaders.

As per the results of the 2019 Assembly elections, BJP is the biggest party by some distance and together with Shiv Sena can form the government but both parties have not able to agree on a power sharing agreement.