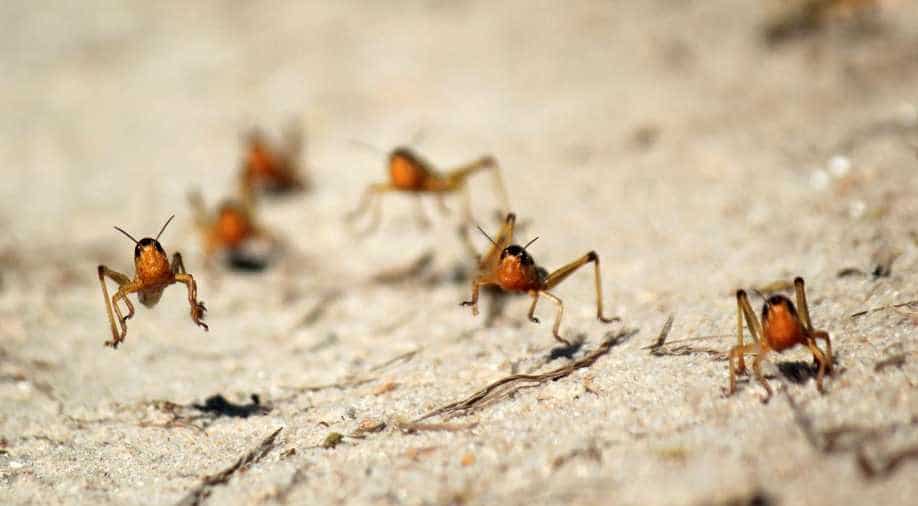 Through timely measures and change in wind directions, India prevented a desert locust invasion, officials said on Wednesday. The authorities are now trying to asses the crop damage.

"The swarms came from Iran and Pakistan, but the situation has been brought under control with the help of pesticides and specialist equipment. Although we're trying to figure out the extent of damage, I can tell you that there's no major loss," Reuters quoted a farm ministry official as saying.

In the neighbouring Rajasthan, 360,000 hectares came under the attack.

Locusts belong to the grasshopper family. Plague of locusts is a natural disaster, a locust swarm can fly up to 90 miles per day.

Just one swarm can cover up to 20% of the land surface of the earth, affecting the livelihood of 10% of the world’s population.

They can consume up to 200 tonnes of vegetation a day. The locusts in a swarm tend to move in the same direction while avoiding collision with each other.

Rainfall can increase locusts by 20-fold in 3 months. Adult locust can eat equivalent to their weight every day. There can be 80 million locusts in a swarm. Locusts can also turn cannibal.

The last major upsurge was in 2007, when heavy rains created favourable breeding conditions for locusts along the India-Pakistan border.